Are real or fake Christmas trees better for the planet? 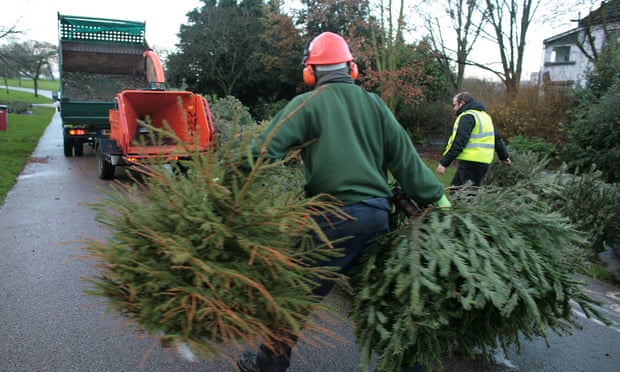 Artificial trees are getting more popular, but environmentalists say they have a downside

If the surge in sales of artificial trees at John Lewis and other stores signals an attempt by consumers to go green, then they should perhaps think again.

With 8m real trees in the process of being purchased this Christmas, the idea of saving one from the axe might be prompting the move to fake ones this year in the belief that they are more environmentally friendly.

But environmentalists and energy analysts would disagree. Take one key product detail of these thousands of artificial trees – they are made of plastic.

It is the manufacture of the plastic tree, from oil, which creates most of its carbon footprint; around two thirds, according to Dr John Kazer of the Carbon Trust. Another quarter is created by the industrial emissions produced when the tree is made. They are also often shipped long distances before arriving in the shop and then your home.

A 6.5ft artificial tree has a carbon footprint equivalent to about 40kg of greenhouse gas emissions – which is more than twice that of a real tree that ends its life in landfill and more than 10 times that of a real tree which is burnt. Most local authorities now offer a collection service for real trees which they shred and use on gardens and parks – the greenest way to dispose of your real tree.

A real tree that is recycled – by chipping – or is kept growing in a pot or the garden, can have negligible or even negative emissions, according to Kazer. But a 6.5ft tall real tree could result in a carbon footprint of 16kg CO2 if it ends up in landfill because the tree decomposes and produces methane gas – which is 25 times more potent as a greenhouse gas than CO2.

When buying a real tree, Friends of the Earth advise to look for one that is locally produced, or at least grown in the UK with a FSC certification to avoid emissions from transporting and importing.

“Locally grown real trees are the best option if you can get one,” says Mike Childs, head of research at Friends of the Earth.

There are now many more opportunities to buy a locally grown tree than in the past. Increasingly trees are being grown for sale in the UK rather than being imported, according to Oliver Kenny of Yorkshire Christmas Trees.

“At any one time in the UK there are about 100m trees growing with all the benefits that trees give to the environment. These trees would not be growing if it weren’t for the Christmas tree market,” he says.

Kenny plants more trees than are cut down each year. By reducing the emissions from transporting trees, and recycling them by chipping, real Christmas trees can become climate positive – creating an environment beneficial to removing carbon from the atmosphere.

“Growing them in the UK reduces the carbon footprint of importation and you also get a fresher tree because it can be cut three weeks later,” says Kenny.

Some farms offer you the chance to cut your own tree, as does the National Trust.

When it comes to disposing of your artificial tree, there are more negative impacts – even if you have kept it 10 years or more.

Most fake trees are made of PVC – a plastic which is notoriously difficult if not impossible to get recycled because it requires specialist equipment.

The advice is if you already have an artificial tree, keep it and keep using it – but if it becomes a little bedraggled and artificial is still your thing – opt for a second hand one in order for the plastic to be reused not dumped and to keep the carbon footprint down.

Pot-grown trees – which can be planted out in the garden when Christmas is over or re-potted and used again year after year – are rising in popularity, according to retailers.

Pot-grown trees are grown from seed in pots that are then plunged into the ground which – the growers claim – provides a number of benefits. The plant is more stable and due to specially designed holes in the pot it stays cooler and has more consistent root temperatures. These are different from potted or “pot pressed” trees in which the root system is pruned, which lessens the chance of survival.