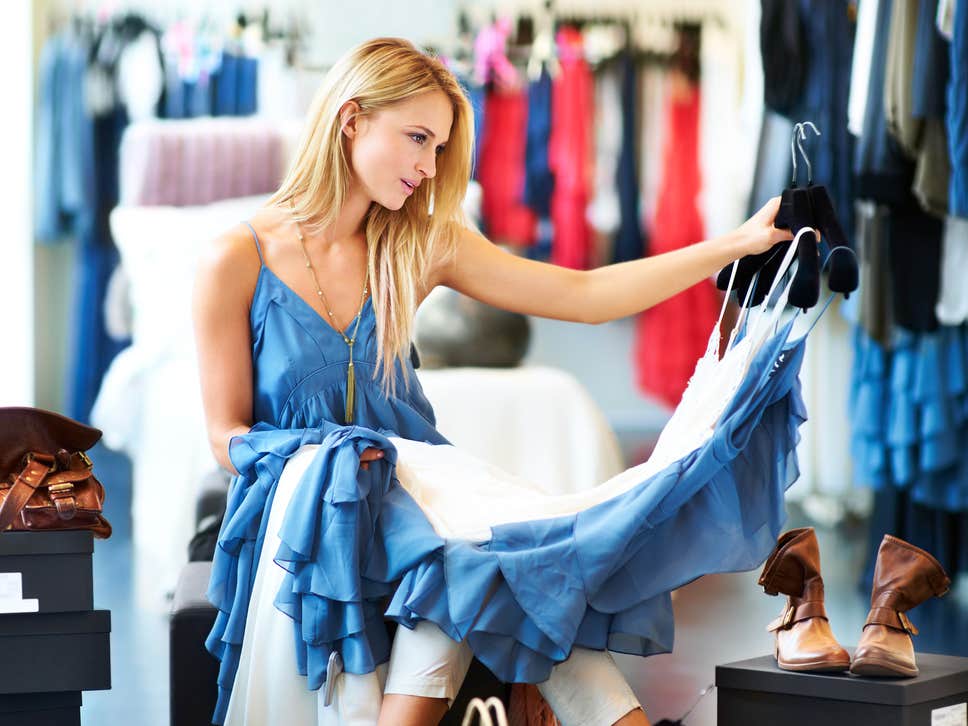 A new study released by global poverty charity Oxfam has highlighted the negative impact fast fashion has on the environment and the number of people who willingly ignore it.

The concept of fast fashion culture – when shoppers buy cheap clothes and wear them a few times before throwing them away – has gained increasing focus in recent years.

Frequently purchasing new clothes can leave a carbon footprint on the planet, due in part to the quantity of clothes which are sent to the landfill and the carbon emissions produced when items of clothing are transported across the world.

Nonetheless, according to a survey of 1,000 Britons commissioned by Oxfam and conducted by OnePoll, more than 50 per cent of the population are unaware that fast fashion has a negative effect on the environment.

Three in 10 of those surveyed said that while they are shocked at the extent to which fast fashion damages the planet, they wouldn't change their shopping habits.

Meanwhile, one in 10 said they are "not bothered" in the slightest about the impact their shopping habits may have on the world.

In addition to the survey, which was carried out in August, Oxfam also compiled statistics regarding the environmental cost of fast fashion based on pre-existing data.

The researchers also found that new clothes which are bought in the UK produce more carbon emissions per minute than driving a car around the circumference of the Earth six times.

This September, Oxfam is launching its Second Hand September campaign, an initiative in which the organisation encourages shoppers to refrain from buying anything new for a month.

A report released by the charity stated that the richest 10 per cent of the world's population are culpable for 50 per cent of global carbon emissions, while the poorer half of the planet is only responsible for 10 per cent.

"These staggering facts about fashion's impact on the planet and the world's poorest people should make us all think twice before buying something new to wear," Mr Sriskandarajah said.

"As consumers, it's in our power to make a real difference. Buying second-hand clothes helps to slow the ferocious fast fashion cycle, giving garments a second lease of life."

Lauren Bravo, a writer from London and author of book How To Break Up With Fast Fashion, said she felt "pretty horrified" when she discovered the negative impact of fast fashion on the planet and workers in the garment industry.

"I read about the sheer volumes of clothes going into landfill, about dyes polluting rivers and synthetic fabrics leaching microplastics into the marine environment, and I decided that I needed to change my shopping habits," Bravo stated.

"I used to buy clothes as a quick fix, to be worn for a few weeks before I got bored of them. Now I only shop second-hand in charity or vintage shops, and I try harder to treasure and look after the items I have instead of viewing them as disposable."

To read more about how to take part in Second Hand September, visit the Oxfam website here.

why flight shaming is making people swap planes for trains