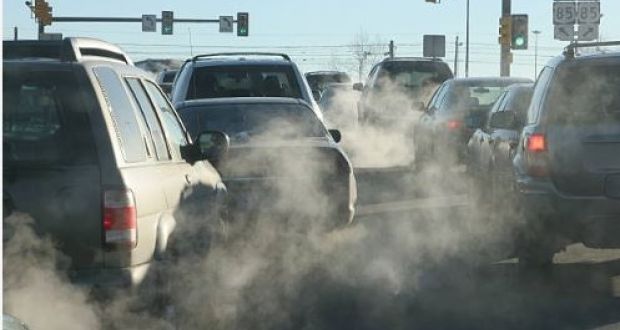 Details of a climate action Bill which will force transport, agriculture, housing and energy sectors to radically reduce carbon emissions over the coming decade are to be published today.

Once passed, it will bring to an end current aspirational or voluntary targets that Ireland has failed to meet, and will stop the sale of fossil fuel cars by 2030.

The greatest implications of the Climate Action (Amendment) Bill will lie with the transport, agriculture, housing and energy sectors, which are most responsible for rising Irish CO2 emissions that Ireland committed to reduce under the Paris Agreement.

Government departments and agencies under their remit which fail to deliver on climate commitments will be punished with reduced funding when it comes to determining their annual estimates.

Key 2020 targets for emissions and adopting of renewable energy are going to be missed and will result in substantial cost penalties from this year.

The Bill will include five-yearly “carbon budgets”, which set a limit on how much carbon can be generated, including sectoral targets.

Minister for Climate Action and Environment Richard Bruton is to publish the “draft general scheme” of the Bill and has said it is priority legislation for the Government in the coming Dáil term. Stressing its urgency, he told The Irish Times: “It is my ambition to have the Climate Bill enacted before an election.”

The Government’s climate action plan published earlier this year committed to ensuring “we radically reduce our emissions in every sector to ensure we meet our future climate commitments, putting us on a trajectory to be net-zero [for carbon] by 2050”.

Governance and accountability were central elements of the plan, he said. “We are putting in place the legislative underpinning to ensure the radical step up required is delivered.”

The Bill aims to enshrine in law the plan’s approach, including establishing the Climate Action Council to replace the Climate Change Advisory Council, with extended powers and expertise in recommending the appropriate carbon budget and policies.

Ministers with primary responsibility for each sector will be accountable for delivering the relevant actions to meet the sectoral target and for reporting annually on delivery of their actions – specifically the achievement of emission targets. The Oireachtas will have a central role in setting the carbon budget and overseeing progress to delivery.

“Accountability is the key to making progress. We have a very short time to act. We must put in place a strong framework to ensure every sector, every policy, every decision delivers on the transformation that is required. Today represents a hugely important step in putting in place the necessary arrangements to achieve this objective,” he added.

The Minister is continuing to refine some measures and approaches set out in the Bill and will work with the all-party Climate Action Committee which played a key role in helping to develop the approach outlined in the plan.

The Climate Action Council, which will have better gender balance and increased input from Met Éireann, will establish an advisory committee on climate adaptation to ensure the country is adequately prepared for the inevitable effects of global heating, notably due to extreme weather.

Adoption of five-yearly carbon budgets, it is envisaged, will be a legal requirement from 2021, regardless of government.

Work is also continuing to finalise the Government’s long-term climate strategy to 2050, required by the EU. The Government has already backed the adoption of a net-zero target at EU level. A National Energy and Climate Plan for the period up to 2030 was supposed to be submitted to the European Commission by the end of 2020 but it will now be submitted “very early in 2020” a spokeswoman for Mr Bruton’s department confirmed. 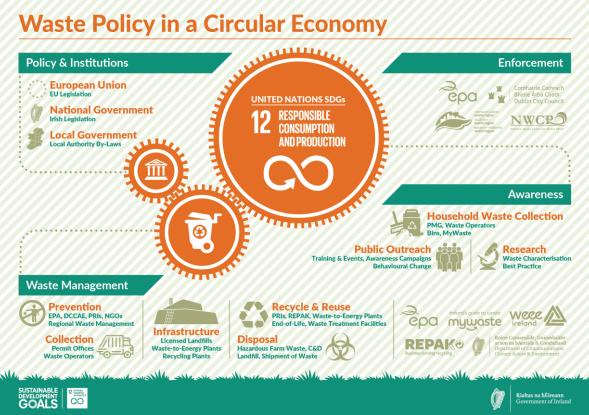 Public Consultation on the Waste Action Plan for a Circular Economy…..it’s time to have your say