The Upcycle Challenge was set by MyWaste and the Environmental  Protection Agency (EPA) as part of  Reuse Month.

The “Upcycle Challenge” was set by mywaste.ie and the Environmental  Protection Agency (EPA) as part of this October’s Reuse Month, and the eight winners were presented with their prizes at a special ceremony in Collins Barracks, Dublin today (Friday November 22, 2019).

The Upcycle Challenge invited participants to use their imaginations to create something new and useful out of old unwanted and discarded items or material.

More than 230 entries were received from individuals, community organisations, Men’s Sheds, and schools across the country. A total of seven category winners were decided by a judging panel, who also chose the three finalists for the People’s Choice Award.

From November 12, the public voted for the three finalists on mywaste.ie's social media platform. The Irish public decided the worthy winner was Hannah's Handmade Sanitary Towels. Hannah McMahon, Carrickmccross, Co. Monagh, as the woman behind the winning initiative, driven by a determination to reduce waste and reduce chemicals from her life.

Ms McMahon said, “I recently started upcycling, using old clothes my children have outgrown for different projects. In fact it was while looking at the leftover scraps of material from a previous recycling project that I first got the idea for Hannah's Handmade Sanitary Towels.

“I began by bringing all the little scraps of material together to make a stable core piece, akin to building a jigsaw from scraps. The scraps were two to four layers deep and varied depending on absorbency requirement, and these layers were then sandwiched between two large scraps. I stitched the core around the edge and down the middle to avoid them coming loose. To make the rest of the pad I pretty much followed the pattern, tweaking it here and there to suit my sewing style and I added in ‘absorbency tabs’ to indicate whether a pad is suitable for a medium or heavy flow; like disposable pad manufacturers use different colours on their packaging.”

“This was a project born out of my desire to reuse even the upcycle left overs, and reduce as many chemical and single use products as possible from my day to day life. I am absolutely delighted that both the judges and the public saw merit in my product and voted for it. It is an honour to win the People’s Choice Award here today.”

The other seven Upcycle Challenge winners included a winner from each of the three Irish waste management regions:

Lawrencetown Community Development Group, Co. Galway – restored an old phone box to create a home for  a defibrillator and sourced the paint from the reuse scheme at Galway County Council. Darren Heaney, Dublin City - rescued an old noticeboard from a skip in St Patricks College Drumcondra and upcycled it into a coffee table by adding hairpin legs and painting it. Local Volunteers, Derrynane, Co Kerry -  with the help of a local welder, a group of volunteers who walk Derrynane Long Beach on a regular basis built a fish shape recycling collection point made almost entirely from recycled materials. “Goby” the fish is now the drop off point for any plastic, rope or net that walkers discover while walking on the beach. The plastics are regularly removed for recycling by a local waste management company, while BIM take the net and rope for recycling.

There are now three “Goby” fish on Kerry’s beaches, helping with the removal of plastics and netting from the beaches and shore. Drumshanbo Vocational School, Co Leitrim – visited the Rediscovery Centre & were so impressed that they decided to put what they learned into practice. They took donated furniture and applied decoupage to it to restore the furniture. The industrious and creative students also passed their skills on to other students in the school.

Congratulating the winners Sinéad Ní Mhainnín Waste Prevention Officer with the Connacht Ulster Regional Waste Management Office said judging in the Upcycle Challenge was particularly difficult this year due to the high standard of entries.

“The challenge set during Reuse Month was clear - we wanted people to add value to an item or items that would ordinarily be discarded. And the Irish people certainly rose to the challenge. Old, no longer suitable for use or unwanted items were transformed and or repurposed into new products as diverse as - a home for a defibrillator to reusable sanitary towels. Not only did these projects produce very creative and useful items, they also prevented waste and saved resources in the process.”

“The Upcycle Challenge was a collaboration between the EPA and the regional waste management offices as we challenged ourselves to get the nation thinking about reuse.”

National Reuse Month was developed by Ireland’s three Waste Management Offices (Connacht/Ulster, Eastern/Midlands, and Southern) in conjunction with Ireland’s 31 local authorities, and is supported by the Department of Communications, Climate Action and Environment.

Reuse Month takes place throughout October and supports the UN’s Sustainable Development Goals, in particular Goal 12 which calls for Responsible Consumption and Production. 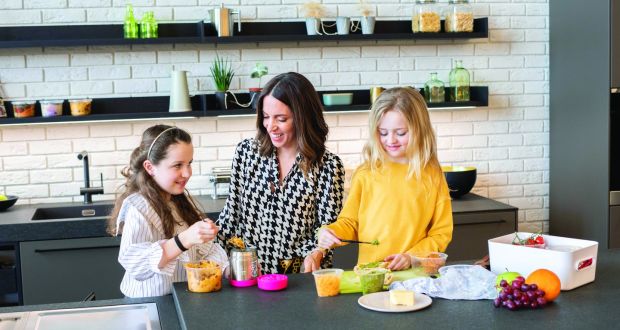