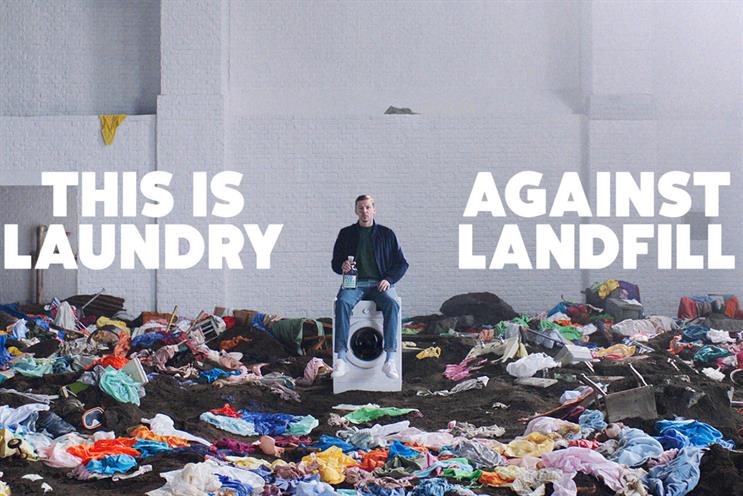 Ad fights back against fashion waste.

Ecover, the maker of environmentally friendly cleaning products, pulls off a dramatic laundry stunt in a campaign fighting against fashion waste.

Created by Uncommon Creative Studio, the offbeat film stars rapper Professor Green, who delivers an impassioned speech atop a washing machine in full spin. His voice shakes, thanks to the vibrations of the machine, as he explains the problem of clothing waste and the benefits of Ecover’s new laundry detergent, which uses plant-based ingredients that help clothes last longer.

The music builds before breaking out into a distorted synth organ solo, while items of clothing fall into the surrounding landfill. The demonstration illustrates the statistic that almost 1,000 items of clothing go to landfill every 30 seconds in the UK alone.

Targeting the fashion community, the campaign will also include guerrilla-style outdoor ads placed in tactical sites near London Fashion Week, which runs from 14 to 18 February. Shot by renowned Brooklyn-based photographer Bobby Doherty, the posters include lines such as: "‘Fashion Week? Fashion should last longer than a week."

Sara Mendez, marketing director at Ecover, said: "Over Ecover’s 40-year history, the brand has raised awareness of key environmental issues and taken action to help tackle them. Today, we are deeply concerned about the climate and ecological emergency. With this campaign, we wanted to raise awareness of the problem of fashion waste, but also show people ways they can lessen their impact – by falling back in love with the clothes they already own, keeping them in use and out of landfill."

Activity will run in global markets including the UK, Germany, Belgium, the Netherlands and Asia. It is the brand’s first-ever TV and video-on-demand campaign and will air exclusively on Channel 4, launching during the First Dates Valentine’s Day special on Thursday (13 February).

Nils Leonard, co-founder of Uncommon, added: "One thousand items of clothing enter a landfill every 30 seconds in the UK. We wanted to visualise this powerful truth, because words and data can often become white noise. Sometimes the most powerful thing to do is show people the reality of the situation. So we did. With a distorted synth organ solo."# 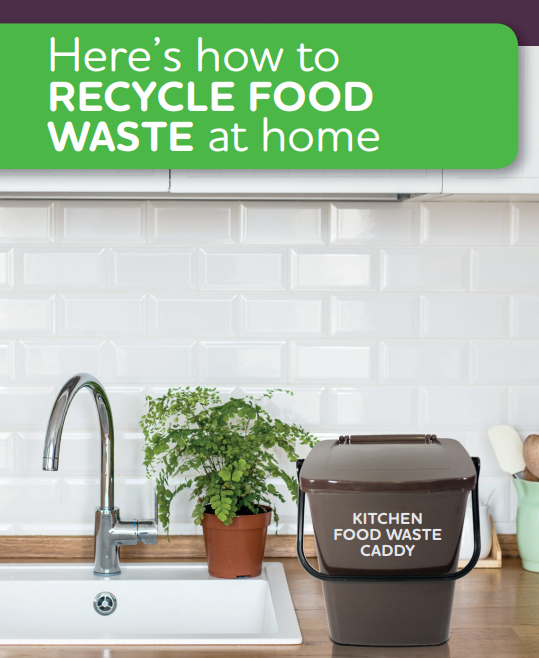