home news Ethiopia planted 350 million trees in a day. And its fight against deforestation does not stop there
back

Ethiopia planted 350 million trees in a day. And its fight against deforestation does not stop there

The efforts far surpassed the original target of planting 200 million seedlings in a day.

Ethiopia has planted more than 350 million trees in 12 hours, its government announced, claiming a world record.

Across the country, volunteers took part in the mass planting as part of the “Green Legacy” initiative, a programme that aims to reforest large swathes of the land.

The efforts far surpassed an original target of planting 200 million seedlings in a day. Ethiopia believes its achievement exceeds the previous world record set by India in 2017, when volunteers planted 66 million trees in 12 hours.

Launched by Prime Minister Abiy Ahmed, Ethiopia’s national reforestation programme has an ambitious target of planting 4 billion trees by the end of the rainy season in October. Which means planting 40 seedlings for every person in the country. 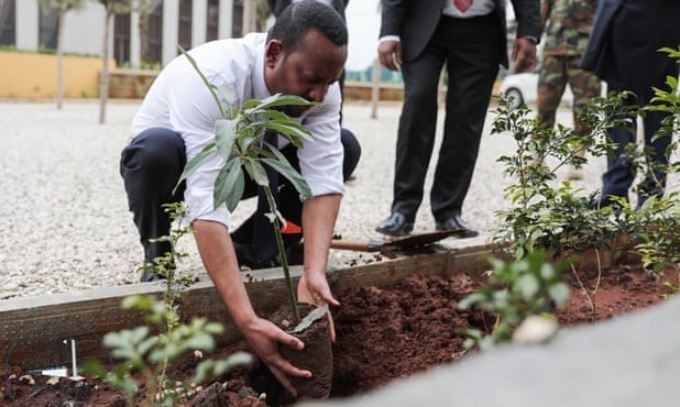 Millions of Ethiopians were invited to take part in the tree-planting challenge.

Research published in the Nature journal estimates that 15 billion trees are cut down each year, fuelling global warming.

WWF research shows deforestation is responsible for more than 15% of global greenhouse gases. Carbon extracted from the atmosphere by forests is stored in the branches and trunks of trees. Once these are cut and burned, the stored carbon is released back into the air.