On 25 March 2019, the jury for the EWWR Awards met in Brussels to select the finalists and winners of the EWWR 2018 Awards. The most outstanding actions fostering waste reduction will be rewarded during the 10th EWWR Awards Ceremony.

The most impactful actions promoting waste reduction within the framework of the 2018 edition of the European Week for Waste Reduction (EWWR) have been decided upon. On 25 March 2019, the EWWR Awards jury gathered in Brussels to select three finalists for each category of the EWWR Awards. The winners will be revealed during the EWWR Awards Ceremony hosted by the European Committee of the Regions in Brussels, Belgium on 15 May 2019. The event is part of the EU Green Week, which will host several initiatives promoting dialogue on environmental topics between 13 and 17 May 2019.

The EWWR finalists were chosen by a jury comprised of experts working in the environmental sector. Hosted by the EWWR Secretariat, the jury had a fruitful discussion on the inspiring actions submitted for consideration for the EWWR 2018 Awards. Three were shortlisted as finalists in each of five separate categories (see below). Just like in previous years, the categories were defined based on the type of institution or entity that undertook the various activities. A sixth category – the European Special Prize – will award the action that, in addition to fostering waste reduction, also promotes trans-regional or trans-national cooperation. The jury’s selection was based on the EWWR selection criteria, which consist of: how well the actions are communicated, their visibility, the quality of content, as well as their originality and the lasting impact of the action. Out of the 14,347 actions undertaken as part of the 2018 edition of the EWWR, national coordinators nominated 82 for the jury to consider. Of them, the finalists below were selected:

Join us in Brussels on 15 May 2019 and find out who the winners are!
Registrations will close on May 5.

The EWWR Jury is composed of professionals from the environmental sector who are recognised at European level. This year, 6 Jury members have been appointed, each of them representing an award category: 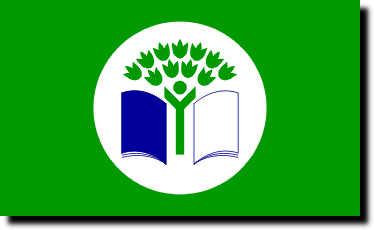