home news Go wild in the garden: how to sow your own wildflower meadow
back

Go wild in the garden: how to sow your own wildflower meadow 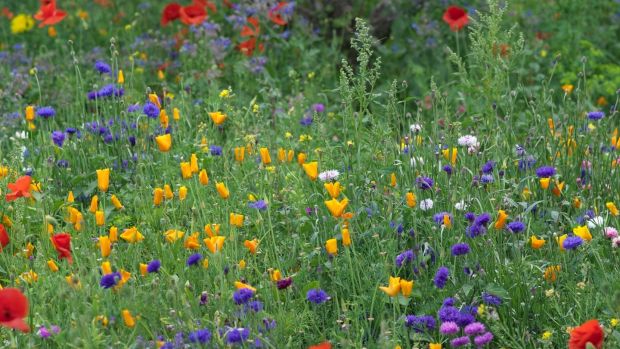 It’s at this time of year that I always find myself contemplating sowing my own mini flower meadow, using a joyful, high-octane mix of fast-growing, ultra-colourful, pollinator-friendly, mood-lifting, hardy and half-hardy annuals.

Cosmos, for instance, with their cheery daisy-like blooms in shades of carmine-pink and white. Dainty cornflowers too, in shades of cobalt blue, moody plum, snow white and candy pink as well as burnt-orange poppies, fiery marigolds and coreopsis, scarlet malope, frothy ammi, dainty toadflax, purple honeywort, feathery love-in-a-mist, fragrant candytuft and a host of other hardworking floriferous species. In short, a smorgasbord of pretties to provide months of vibrant, long-lasting colour through summer into late autumn.

Usefully, an increasing number of seed suppliers and good garden centres now offer an excellent range of different annual flowering meadow seed mixes to choose from. Some are in soft pastel shades such as Sarah Raven’s “Delft Blue and White”; some in richer, hotter colours such as UK-based Pictorial Meadows “Candy” mix, while others are specifically designed for very small gardens or even large containers (examples include Seedaholic’s “Annual Dwarf Flowers Mix”, Pictorial Meadows “Pixie” mix and Sarah Raven’s “Mini Meadow” mix).

Whichever blend you choose, between now and early June is an excellent time to sow them while soil moisture levels, temperatures and light levels are sufficient to ensure good germination.

But before you do, there are a few things to keep in mind, most important of which is careful site selection. There’s no point, for example, in sowing an annual meadow mix into a dry and very shady spot as the vast majority of these fast-growing, short-lived plants need full sun and a moisture-retentive but free-draining, averagely fertile soil to thrive.

Thorough site preparation is also crucial to reduce the risk of aggressive weed growth quickly out-competing your annual meadow for light and nutrients. Bear in mind that all normal garden soils contain what is known in horticultural parlance as a “seed bank”, the natural accumulation over many years of the viable seed of a wide variety of native and non-native plants. Give these the right conditions for germination and off they’ll quickly romp. So to reduce their numbers, you’ll need to first create what’s known as a sterile seed-bed by deliberately depleting the shallow uppermost layer of soil of this hidden stash of seeds.

How? Start by clearing the ground of any existing weeds and their root systems before lightly forking it over to a depth of 15-20cm. Next, use a rake to create a fine, crumbly tilth and to smooth off any lumps, bumps or hollows as well as to remove any garden debris that could prevent your meadow seed from germinating. Then leave it. Within 7-10 days, you’ll see a rash of young weed seedlings appearing on the surface. Don’t take a spade or fork to dig these out, which will only bring yet more viable weed seed to the surface. The only exception is if you suspect that there may be the fresh re-growth of fragments of perennial weeds’ root systems still lurking below the ground, in which case you’ll need to carefully remove them. But otherwise, choose a dry, sunny day and a sharp hoe to slice any young weed seedlings away at ground level. Repeat this process a week or two later and you’ll have done a great deal to limit weed germination.

To make sure that you’ve sufficient seed mix to sow at the recommended spacing (typically about 3g per sq m, a little more if you’re not going to be netting it from hungry birds), you’ll need to roughly calculate the size of the area to be sown. This is a relatively simple matter of multiplying its length by its width (in metres), to give you the total area in square metres. Don’t be tempted to skimp on quantities as this will only result in a poor and patchy meadow.

Colm O’Driscoll, head gardener of Airfield Estate in Dundrum, has had plenty of experience of growing these sorts of exquisite pictorial annual meadows on a large scale in this historic Dublin garden over the past few years. He strongly recommends paying careful attention to the edges of your meadow-to-be to ensure that these are particularly well seeded.

To ensure even coverage, he stirs the seed mix vigorously, divides it in half, then evenly broadcasts the first half by hand while systematically walking up and down the site before changing direction (so that he’s walking at a 90 degree angle to his original route) to sow the remaining half. This grid-method of sowing helps to prevent the problem of uneven growth. Many suppliers also recommend mixing their annual meadow seed mixes with coarse horticultural grit before sowing (five parts sand to one part seed) to further help ensure even coverage. Some also suggest sowing the seed in narrow drills, which helps with the problem of distinguishing young emerging annuals from any opportunistic weed seedlings.

Once sown, the freshly-sown seed needs to make really good contact with the damp soil. At Airfield they roll the ground after sowing but in small garden areas you can achieve the same effect by gently walking the area or firming it down with a plank or the back of a spring-tined rake. It’s also a good idea to gently water immediately before and after sowing and during any prolonged dry spells in the first few weeks following sowing. After that, it’s a case of watching and waiting plus a little judicious hand-weeding when required. By late July, you should have your very own mini meadow, alive with colour and the happy buzz of pollinating insects. Heaven.

This Week in the Garden

Early May is all go, go, go in the vegetable garden and the time to make direct sowings (into well-prepared, weed-free, raked soil) of seed of early carrots, beetroots, turnips, peas, runner beans, chard, radish, parsnips and annual spinach. But if your plot is one where emerging seedlings repeatedly suffer bad slug or snail damage, then many of these vegetables can be sown in modules for transplanting into the garden once they’ve germinated and grown on a little, giving them a far better chance of survival. The only exceptions are crops with tap roots (examples include carrots, parsnips), which generally don’t transplant well and should almost always be direct-sown.

Unless your garden is a very mild and sheltered one, don’t be so seduced by the long, bright evenings, milder daytime temperatures and colourful shop displays of bedding geraniums, lobelias and petunias into thinking that a hard frost is no longer a possibility and that it’s safe to plant out tender bedding plants. All it takes is one cold night of close to sub-zero temperatures to cause serious damage to them, especially if they haven’t been properly hardened off (gradually acclimatised to colder temperatures). So play it safe until the end of May, the time of the year traditionally considered safe for planting out. If you’ve already taken a gamble by planting them outdoors, then keep some horticultural fleece or even old newspaper at hand to protect vulnerable plants on chilly nights.

If you’re growing tulips in the ground, you’ll greatly increase their chances of perennialising by giving them a fortnightly liquid tomato feed until the foliage yellows and naturally dies down. If you’re growing them and other spring-flowering bulbs in pots or containers that you want to free up for summer bedding displays, then gently tip the bulbs out (foliage and all) and temporarily transplant them in an unused corner of the garden or allotment. Keep them well watered and regularly liquid-fed as described above until the foliage naturally dies down, then lift them, cut the faded stems and leaves off and store the bulbs in a cool, dry shed for transplanting back into the garden in autumn.

Dates For Your Diary

From tomorrow (May 6th, noon-6pm): Every Sunday until October 7th, Patthana Gardens, Kiltegan, Co Wicklow opens to the public with a talk/demonstration by owner TJ Maher – May 6th and May 13th (2pm) on using annual bedding plants for colour with a selection of annual plants for sale on both days. 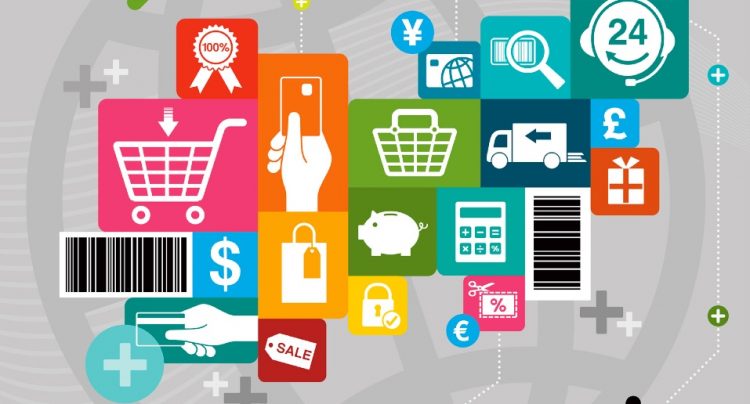 Monitoring the cost of your waste collection