home news In Somalia, the climate emergency is already here. The world cannot ignore it
back

In Somalia, the climate emergency is already here. The world cannot ignore it 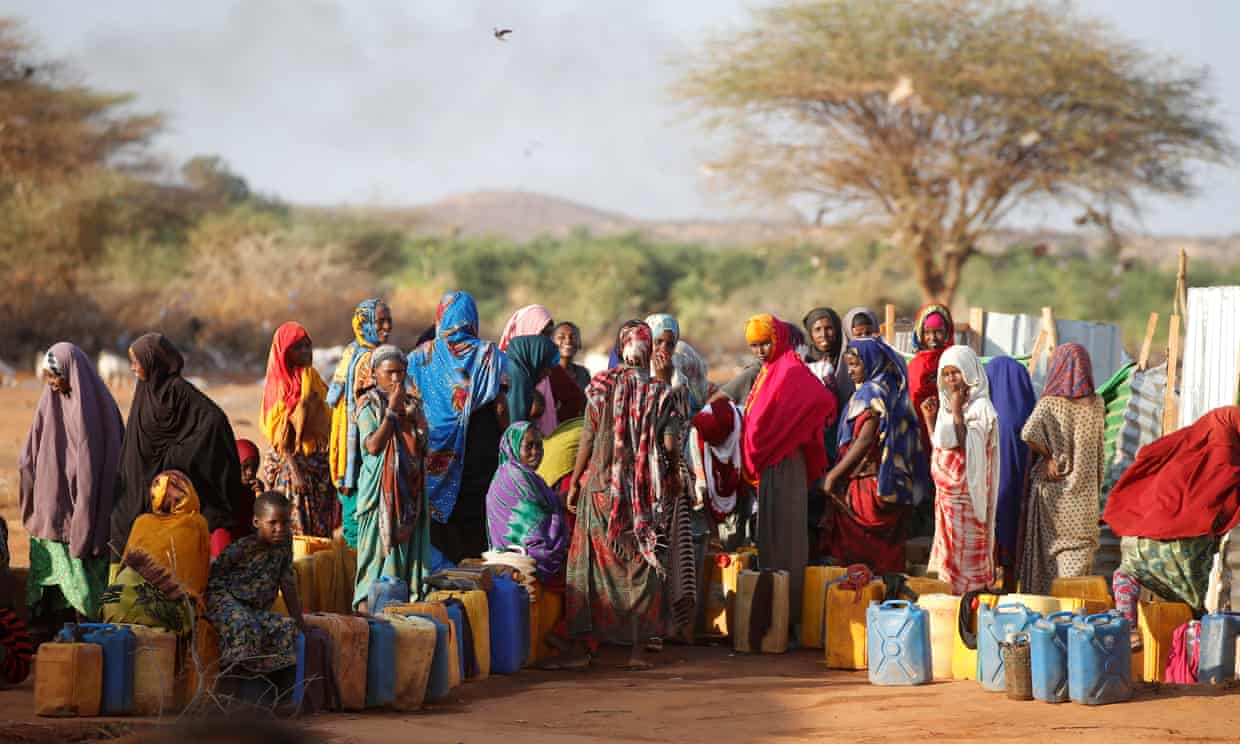 Increasingly severe and frequent droughts are threatening the lives of millions of Somalis. But international support is lacking

The climate emergency is wreaking havoc across the world, and it is the poorest countries that bear the brunt of the crisis. In Somalia, where I am acting country director for the aid agency Islamic Relief, the population is currently experiencing a drought that could threatenthe lives or livelihoods of more than two million people by the end of the summer, according to the UN.

The climate has been wreaking havoc on Somalia’s seasons. Ordinarily there are four: the main rainy season between April and June (gu), the second rainy season between October and December (deyr), and the dry seasons that follow each of them. Two-thirds of the country’s population live in rural areas and are completely dependent on the rains for their crops and livestock. Last year, these people were set back when the deyr season produced less rain than usual. And again this year the gu rains almost failed, eventually arriving in tiny pockets of the country too little, too late. This has led to widespread crop failure, and a decline in livestock production, rapidly pushing communities in the worst-affected areas into food insecurity.

In recent years, the frequency and duration of these dry spells has increased. As it does so, the capacity of people to resist these shocks decreases. Every drought depletes their assets: their animals will die, their crops will fail, they will have nothing to sell and next season they won’t have money to buy seeds to plant again. In desperation, pastoralists sell their animals at a giveaway price, leaving them even more vulnerable. Doing so significantly reduces their number of cattle to below the minimum threshold required to continue raising livestock. At this point they begin to flee and become displaced, often in informal camps near urban settlements.

I recently saw how extreme weather can throw the delicate lives of the most vulnerable off-kilter. Our staff met Geelo Ahmed Osman, a mother of five from Ainabo district, Somaliland, in an informal camp for internally displaced people (IDPs), where she now lives. She has been entrusted with a great deal of responsibility. Four of her five children are disabled with conditions so severe they cannot move without assistance – and her fifth is completely emaciated with malnourishment. Because her husband had a stroke last year, she is now the breadwinner for the entire household.

Two years ago, another drought hit Osman and her family hard. Her household, who were pastoralists, lost all their animals. In the two years since, they have been entirely reliant on handouts from their relatives, and when their relatives could no longer offer to support them, they moved to the outskirts of Ainabo district and joined an informal IDP settlement in the hope that they will get assistance from aid organisations.

The current drought has led to more and more people like Geelo Ahmed Osman, displaced from their homes and reliant on support from the international community. About half of the country’s population is in need of emergency assistance. If they don’t receive this, we are very likely to see a full-scale famine before the end of the year. Lack of water does not just have nutritional implications: it spreads disease. If people don’t have water to wash at critical times, they can’t stem the spread of disease, which becomes inevitable in crowded IDP camps. Things such as diarrhoea, if untreated, can be fatal to children.

Aid agencies need more funding, and not just for immediate assistance. With the climate crisis increasing these kinds of events in frequency and intensity, we could be in this exact same situation next year, the year after, and on and on. So while the first phase of intervention should be emergency response, we then need to build resilience so people are better prepared for the future and not reliant on handouts from the international community.

The sad thing is that around the world emergencies are on the increase: from the ongoing wars in Syria and Yemen to devastating natural disasters such as Cyclone Idai in south-east Africa. The climate crisis will only bring more disaster. But at the moment, the attention, funding and support from the international community is not there. It is crucial that, in our turbulent and increasingly unstable world, Somalia is not left behind.

Could this be Glastonbury’s greenest year yet? – video explainer