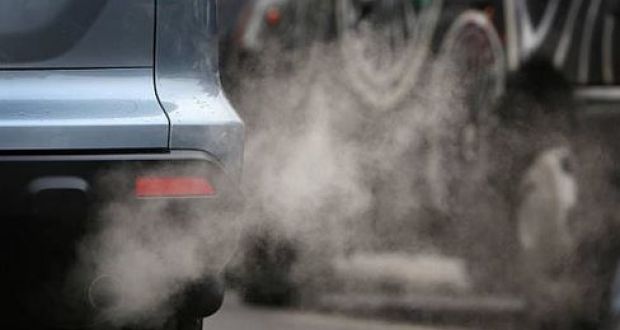 Index puts Ireland 39th out of 57 countries, mainly due to its failure to cut emissions

Ireland continues to be among the worst of the world’s developed countries when it comes to responding the climate crisis, according to the 2020 Climate Change Performance Index (CCPI).

This index analyses how well 57 countries are delivering on decarbonisation commitments.

The EU is at a crossroads as half of its member states are reducing their emissions, it concludes, while others countries, including Ireland, are far short of what is required to meet Paris Agreement goals.

For two years running Ireland was ranked the worst performing country in the EU, before moving up to 41st place in the overall rankings last year.

The country has made a slight improvement to 39th place, largely due to the scale of renewable energy generation and improved policy moves at government level.

It remains, however, in the “low” category for the second year running (after two years in the “very low” category).

Within the EU, Ireland is now in 19th position just outside “the outliers on climate progress”: Hungary, the Czech Republic and Poland.

The CCPI analyses and compares climate protection across 57 countries (plus EU as a whole), which account for 90 per cent of global emissions.

It is regarded as the most reliable indicator of countries’ response to climate disruption, and has been published yearly since 2005.

The current index analyses emissions before the coronavirus crisis and does not reflect emission reductions that arose during the pandemic, which are likely to be temporary.

“The latest CCPI clearly shows the EU stands at a crossroads,” said Jan Burck, one of the authors of the index published by Germanwatch in co-operation with NewClimate Institute and Climate Action Network.

None of the countries surveyed are on “a path compatible with the Paris Agreement goals” – so the first three places in the index remain unfilled.

Sweden, the UK, Denmark, Morocco and Norway receive the highest rankings; the US, followed by Saudi Arabia are the worst performing countries. The EU has moved up from 22nd to 16th position.

This report comes days before the EU summit on the climate targets for 2030 and a UN climate ambition summit to mark the fifth anniversary of the Paris Agreement on December 12th.

“The EU can become a role model in climate protection with green recovery measures after the coronavirus crisis, by setting an ambitious climate target for 2030 in line with the 1,5 degree-limit and a good implementation and further development of its green deal,” Mr Burck added.

“But it can also stumble badly if it pursues greenwashing instead of green recovery and implements inadequate targets and instruments in the European green deal,” he warned.

Four categories it assessed are: emissions; adoption of renewable energy, energy use and climate policy. The latter is based on assessments by NGOs and specialist think tanks from respective countries.

The CCPI also evaluates to what extent countries are taking adequate action to be on track towards the Paris goal of limiting global warming to well below 2 degrees.

In its note on Ireland, it finds “improvement is largely rooted in changes to government policies, and if these are translated into concrete actions then Ireland has considerable potential for improvement.”

Ireland received a high performance in the renewables category, a medium rating in the energy use and ranks “very low” on emissions.

“The improvement in Ireland’s overall performance therefore is based on the rating national experts gave to Ireland’s new climate policies, leading to an 11-place jump in this category,” it says.

CCPI experts acknowledge the Government’s commitment to greater climate ambition, “beginning with a climate law which will strengthen the governance framework for climate action” including five-year emissions budgets and a commitment to cut emissions by 51 per cent by 2030.

Stop Climate Chaos policy co-ordinator Sadhbh O’Neill said: “Ireland’s slight improvement is based on policy promises. Now we must see the action plan to actually start eliminating polluting emissions. Otherwise we’ll continue to languish in the bottom half of the climate league table and fail to do our fair share under the Paris Agreement.”

The CCPI acknowledges Ireland’s renewable electricity target of 70 per cent by 2030, but finds “neither small-scale installations nor renewable heat generation have been accelerated as planned”.

“Furthermore, despite new funding commitments for peat restoration, peatlands are still being mined for horticultural use and fuel. There is no set end date for the coal and peat phase-out and plant closures are taking place on a haphazard basis,” it adds.

State support for intensification and expansion of dairy production continues, leading to high and increasing use of reactive nitrogen in fertiliser and feed resulting in rising methane and nitrous oxide emissions, it notes.

While early indications suggest the Government is returning Ireland to a more progressive position on EU climate policy, “this is not the case for its position on agriculture”, it adds.

Minister for Environment and Climate Eamon Ryan said no one could disagree with the latest CCPI rankings, notably on the key metric of emissions. “We still have to up our game there. I’m confident we can do it,” he added.

This would be helped by a full-scale reduction in peat extraction and by continuing to move away from coal use in energy production, he said.