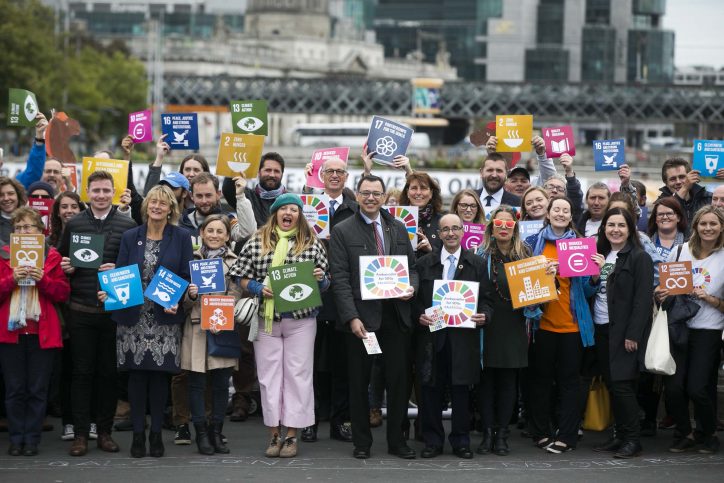 Ireland is falling behind on its environmental commitments under the UN’s Sustainable Development Goals (SDGs), a new report has found.

The Sustainable Progress Index for 2019, launched this morning at the Carmelite Centre in Co Dublin, ranks Ireland in the bottom third of 15 EU countries examined for its overall actions to implement the SDGs. The 17 global goals are at the centre of the UN’s sustainable development agenda and seek to achieve over 150 targets aimed at ending poverty, protecting the planet, and ensuring prosperity for all people by 2030. The index, prepared by Social Justice Ireland, ranked Ireland third-last ahead of only Greece and Luxembourg for its performance in meeting the environmental targets outlined in the global goals.

The State fairs badly in improving energy efficiency and access to modern energy services, the report found, with energy consumption in household “just above the EU average”. Although the report also finds that Ireland’s share of renewable energy is “poor relative to our EU peers”, wind did provide 30 per cent of our total electricity demandlast year. Much like last year’s report, SJI found that we are performing poorly in terms of waste reduction, generating more than the EU average and holding the lowest rate of recycling and wastewater treatment among countries examined. The report does find that Ireland scores well on air pollution in urban areas and isperforming relatively well in ensuring access to safe and affordable drinking water. Last year, however, the European Commission opened an infringement case against Ireland for failure to ensure drinking water for over 500,000 consumers is safe from Trihalomethanes exposure. Ireland also scores well for offering quality education and is regarded as a relatively safe place to live with lower homicides and crime rates relative to other countries.

Sean Healy of Social Justice Ireland said that the findings of the report well help highlight to the State where it is “seriously underperforming” and dragging our overall ranking down. “The Government should use this information constructively to plan a route to the top of the table and make Ireland a world leader and a sustainably progressive society on all fronts,” he said.

Last July, the Sustainable Development Goals Index and Dashboards Report also found that Ireland is continuing to fall behind on its environmental commitments under the SDGs. The report was the first worldwide study to assess where each country stands with regard to achieving the goals and found that further efforts are needed in Ireland to protect biodiversity and support sustainable production and consumption. “What is clear is that when compared to our EU peers, Ireland is either only keeping up or is falling behind on the environment SDGs,” the report states.

Speaking during the closing session of the National Biodiversity Conference this afternoon, Michael Ewing of the Environmental Pillar said that we are failing to protect our environment in line with the targets outlined in the UN SDGs.

Mr Ewing highlighted the importance of far more sustainable use of Ireland’s marine and land resources, in particular, our soils that he said are being “poisoned, compressed, covered over, degraded and allowed to wash away”. “Soil is an essential non-renewable resource. It takes 1,000 years for just 1cm of topsoil to form and are also extraordinary ecosystems in their own right,” Mr Ewing said.

Mr Ewing echoed the sentiment of President Michael D Higgins who earlier told the conference that sustainable development is unachievable unless we change our approach and “achieve symmetry between ecology, economics and ethics”.

“The more we eat into this natural capital, the less resilient we will be to the shocks that we know we should expect. That, my friends, is the essence of an unsustainable system of living. A system that, for all our sakes, must change,” Mr Higgins said. “Economic models that have championed the unsustainable path on which we have been hurtling are surely inadequate to guide us toward the necessary realignment of economics, ecology and ethics.” 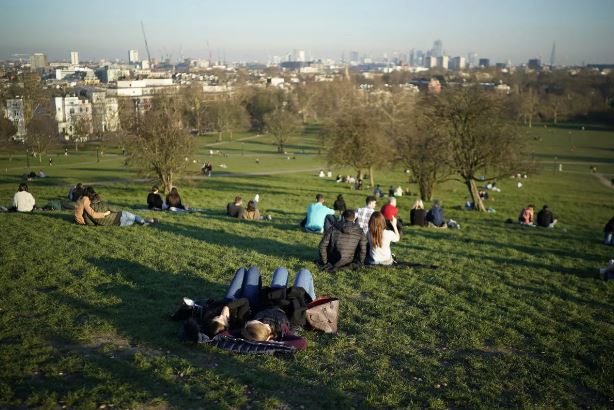