Irish Startups Help Pave the Road to a Circular Economy 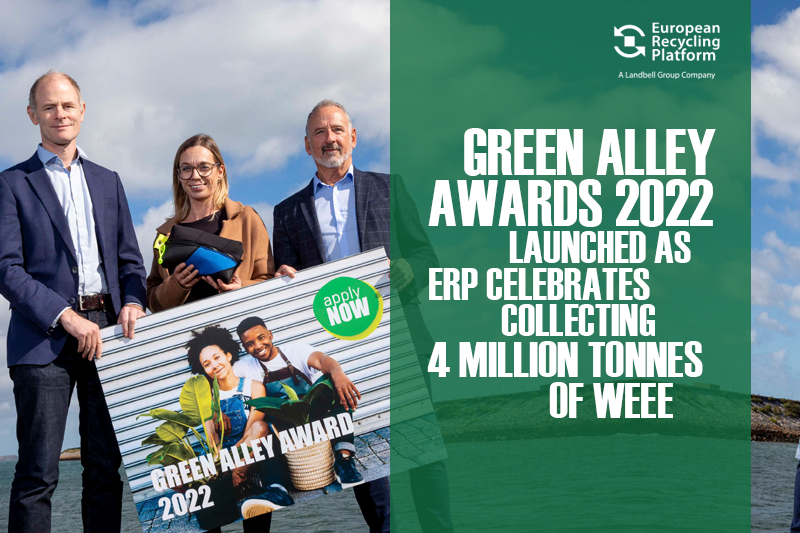 The European Recycling Platform (ERP), Irelands only pan-European compliance scheme for WEEE and Waste Battery compliance, today called on Irish start-ups to enter the 2022 Green Alley Awards – Europe’s first start-up award‘s scheme for the circular economy. ERP Ireland is inviting startups to showcase their technology, service or product where resources are saved and waste is minimized. The winner of the Green Alley Award receives a cash prize of €25,000.

The launch of the Awards is marked by the milestone achievement as the European Recycling Platform celebrates collecting and treating more than 4 million tonnes of waste electrical and electronic equipment (WEEE) across Europe since its foundation in 2002. The recycling of WEEE not only saves valuable natural resources, but also reduces the environmental harm of e-waste and helps the transition from a linear to a circular economy.

As Europe’s first start-up awards scheme for the circular economy, the 2022 Green Alley Awards is looking for companies who have developed a business model in the areas of digital circular economy, recycling and waste prevention that are about to launch their products or services or are already in the growth phase or want to expand into other European markets. Founders and startups are invited to submit their applications until 23rd November 2021 and the best ideas will be selected for a live pitch in April 2022.

Commenting on ERP’s collection and treatment of 4 million tonne and the Green Alley Awards, Minister of State at the Department of Public Expenditure and Reform Ossian Smyth TD said, “Ireland’s Waste Action Plan for a circular economy recognises that Waste Electrical and Electronic Equipment (WEEE) is one of the fastest growing waste streams worldwide and we aim to build on the success of our existing compliance schemes, like ERP Ireland, to capitalise on circularity potential. The Green Alley Awards gives businesses an opportunity to play their part in developing Ireland’s circular economy and positively impacting on the environment. ”

Martin Tobin, CEO, ERP Ireland said, “We want to encourage new ideas and business models that save resources and reduce waste. There are so many creative ideas out there and the Green Alley Awards provides the perfect platform for Irish start-ups to showcase their new environmental business. Whether it is the development of sustainable materials, ideas for waste reduction or helpful digital tools, the circular economy holds enormous business potential for startups.

The diversity of concepts from Green Alley Award winners over the past years clearly shows this – traceless materials from Germany won the 2021 award for a patent pending technology that transforms agricultural industry residues into a sustainable plastic. These companies represent true innovators and we are looking for that next generation of ideas to help shape this change.

Treating 4 million tonnes of WEEE shows that ERP has contributed significantly to the EU in its transition from a linear to a more circular economy. I would like to take this opportunity to thank all our members the Department of the Environment, Climate and Communications, the Producer Register Limited, the Environmental Protection Agency (EPA), local authorities, waste contractors, electrical retailers and the Irish Public for embracing the spirit and ethos of the WEEE Directive to make it the success it is in Ireland.”

About the Green Alley Award

The Green Alley Award is Europe’s only startup prize specifically for the circular economy. The mission is to turn the linear into a circular economy and transform the waste and recycling industry as we know it today. The annual European prize was created in 2014 by Landbell Group, the leading supplier of global environmental services, along with Germany’s crowdfunding pioneer, Seedmatch.

The European Recycling Platform (ERP) was founded in 2002 as the first pan-European organisation to implement the European Union’s regulations on the recycling of electrical and electronic waste (WEEE Directive). ERP now manages a consolidated network and has developed vast international expertise, expanding its recycling services to include batteries as well as packaging.  The European Recycling Platform Ireland DAC was established in 2005 as a result of the success and expansion of ERP across Europe. They are Ireland’s only pan-European compliance scheme, providing WEEE and Waste Battery compliance.

Landbell Group is an international provider of comprehensive take-back, consulting and software solutions for environmental and chemical compliance. Established as a packaging compliance scheme in Germany in the year of 1995, Landbell Group has since evolved into a global service provider. Today, Landbell Group operates 33 producer compliance schemes worldwide for various waste streams, helps over 37,000 customers in more than 60 countries to fulfil their extended producer responsibilities, and collected over 790,000 tonnes of waste batteries, electronics, and packaging in 2020. 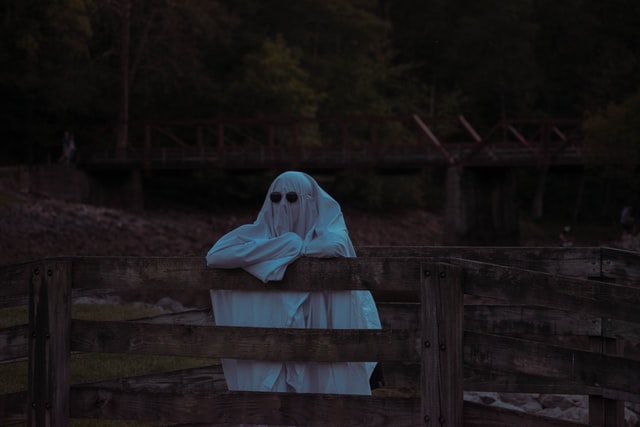 No one likes a wasteful witch, this Halloween be a creative creature