home news ‘It’s a human hand that has to clean up your mess’: where does your recycling go?
back

‘It’s a human hand that has to clean up your mess’: where does your recycling go? 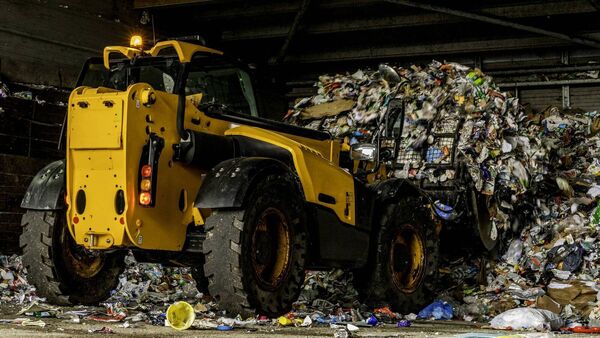 From unwashed plastic milk bottles, dirty nappies, and black bin-liners, to passports, guns, and a dead Labrador, Donal O’Keeffe learns the worst things you can put in your recycling.

It was cold and dark at 5am last Friday in Foxrock, the kind of prosperous South Dublin neighbourhood usually described as “leafy”, when Mihai Gociu and his colleagues Ioan Lupu and Viorel Curmel arrived in their spotless recycling truck. (Mihai says a good recycling truck should smell “like shampoo”.) On an average day, a recycling truck will visit between 1,000 and 1,500 homes. The firm Panda alone has 150 trucks on the road every day.

An engineer by training, Mihai came to Ireland 21 years ago, from Romania, but he found it impossible to get work here in his own speciality, so he took work as a driver, first for another waste management company, and then, 16 years ago, for Panda.

Looking younger than his 52 years, he says he loves the work, finding Panda a “very good” employer, and he knows Dublin and its environs “better than I know my home town”.

As we arrive at the next house, and Ioan and Viorel hop off the back of the truck, Mihai says he knows all the tricks people pull with recycling.

He recently refused to take a recycling bin full of dirty nappies in another area, but he says usually people try to hide the bad stuff under the recyclables; generally, weight is a giveaway. Behind us, Ioan patiently removes lengths of timber from the bin of a household where renovations are currently underway.

As we drive on, a little boy waves delightedly from the pavement. Mihai beeps the lorry’s horn and waves back. He says small kids are fascinated by rubbish trucks. His own son is an adult now, back home in Romania, and regularly looks in on Mihai’s elderly parents. He says he gets home when he can. 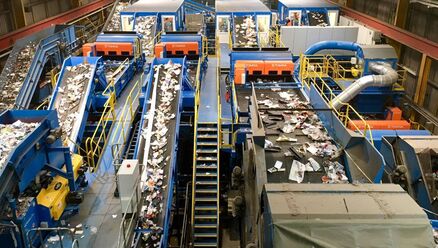 Later, at the Irish Packaging Recycling (IPR) depot in Ballymount, where Mihai’s truck will be unloaded, general manager Liam Dunne explains that IPR is Ireland’s largest recycling operator, and this facility is the largest of its kind in the country, processing 22 tonnes per hour of dry recyclable household waste from approximately 400,000 homes in Dublin and the surrounding areas.

The plant is owned by Dublin’s four councils, and IPR effectively rents it from them. Liam mentions with obvious pride that IPR has just taken the top prize at the industry’s Pakman Awards, and its recent €2 million upgrade of its sorting line resulted in the recovery of an additional 2,500 tonnes of plastics and aluminium per annum.

The plant is fully licenced by the Environmental Protection Agency (EPA), and everything is weighed entering and leaving, with IPR charging for the material delivered, selling the material retrieved, and receiving subsidies from Repak, Ireland’s not-for-profit packaging recovery organisation.

“A lot of times, people feel that the recycling is the ‘free’ bin, so that can be a problem if they see a certain incentive to put as much waste as possible in the recycling, so up to 30% of what comes in here goes back out as waste, which is incredibly frustrating,” he says.

Since China closed its borders to the world’s waste in 2019, Ireland has not been alone in having to rethink its recycling policies. According to the EPA, in 2018, the most recent year for which figures are available, Ireland generated 2.9m tonnes of municipal waste, and recycled 1.1m tonnes, meaning we have a 38% recycling rate, something the EPA admits presents “significant challenges” if we are to reach our EU target of 60% by 2030.

Stepping into the IPR plant, you are confronted immediately with mountains of recycling, surely 30 feet in height. Liam estimates there’s between 150 and 180 tonnes of material on the floor, and says the plant will process about 370 tonnes today.

There’s a faint stench of rubbish in the air, but Liam says that isn’t from the recyclable material, and he suspects the whiff came from a regular refuse truck. 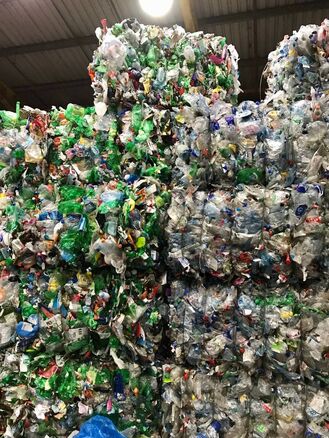 The noise is deafening as we climb up and down bewildering sets of metal steps and catwalks, in a daunting Escher world of stairs and conveyor belts where multiple lines clatter past carrying every kind of household waste in competing directions.

We enter a room where four people in hi-vis jackets stand masked and gloved, two to either side of a conveyor belt, manually removing material unsuitable for recycling, and it’s hard not to think of Charlie Chaplin in Modern Times.

The worst thing ever to arrive here came about 10 years ago, in the form of a dead Labrador dog, and Liam says “You don’t want to know”.

Over the years, four separate guns have been retrieved on the picking line, and all were handed in to the gardaí. A can of tear gas exploded once.

Passports and driving licences are regularly recovered, and are also handed in. Full vacuum-cleaner bags often show up, and are jokingly referred to as lucky bags, as they sometimes contain coins and items of jewellery.

At the far side of the plant, beyond the noisy, rattling metal mill-races of recyclable waste, are neatly stacked giant cubes of — separately — paper, cardboard, clear plastic, coloured plastic, and aluminium, neatly stacked, and each worth multiples of hundreds of Euro.

Their scale is staggering, and if the looming piles of recyclables at the far end are “before”, these are “after”, and testament to the value of recycling.

As we finish our interview, Liam Dunne refers back to his picking line colleagues, and asks a favour of the Irish Examiner: “If you get across only one thing, please let people know that when you contaminate your recycling waste, it’s actually a human hand that’s going to have to clean up your mess.”

Every year, 20% of what Irish people put into household waste would have been recyclable, while perhaps 30% of what we put in recycling is actually general waste, which can often contaminate recyclables, rendering them useless.

There are three categories of recyclable waste: paper and card; plastics; and metallic packaging, tins, cans, and foil, and all should be placed in the recycling bin clean, dry and loose.

Rinse clean any plastic bottles used around the home and let them dry, and wash any food or liquid from packaging, ensuring that all recyclables are clean and dry before placing them in the bin, loosely and not in bags or bin-liners. Waste Electrical and Electronic Equipment (WEEE) can contain hazardous components and should not be placed in the recycling bin.

There are WEEE recycling points all over the country, and WEEE items can be handed in, like-for-like, when you purchase a new appliance.

The website mywaste.ie offers a helpful guide to recycling, and breaks down what can and cannot be placed in your recycling bin.