Meat: A Threat to Our Planet? review – guaranteed to put you off your chicken nuggets 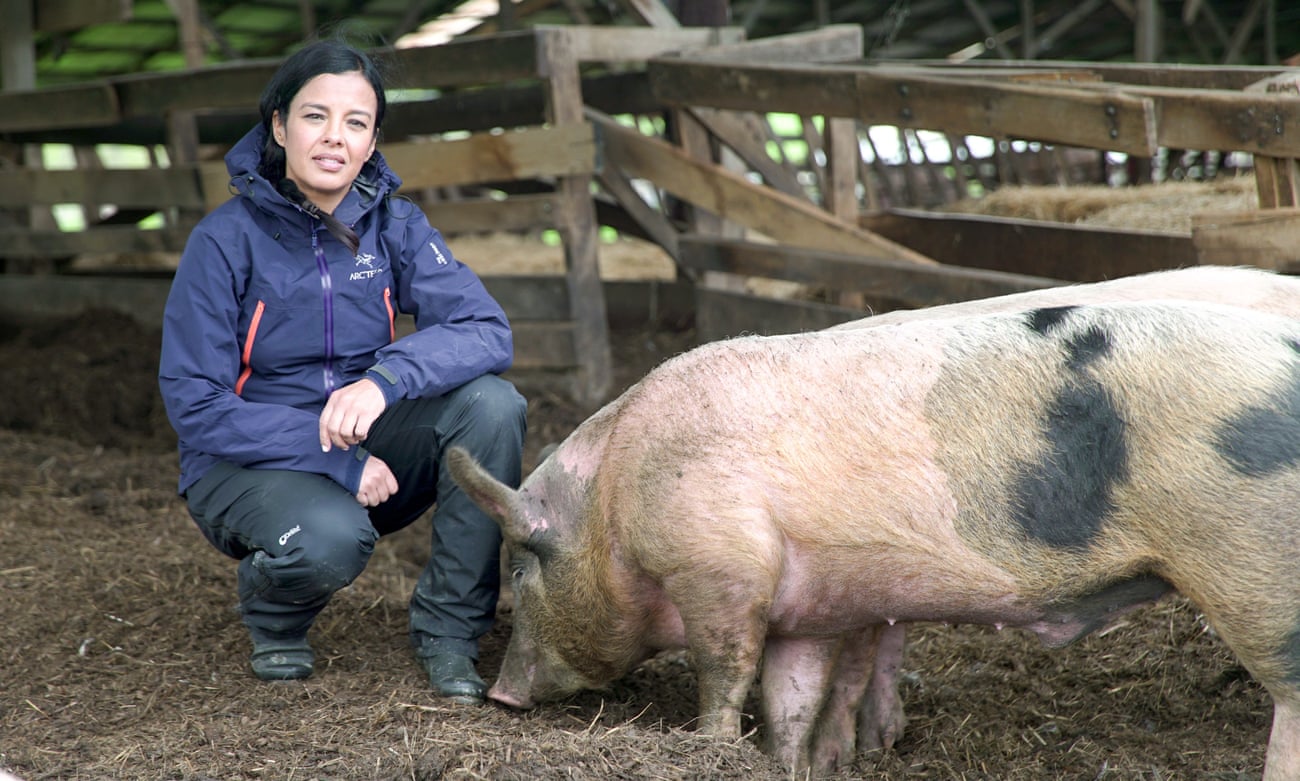 You can mentally delete the question mark from Meat: A Threat to Our Planet? (BBC One) pretty early on. You may have felt confident enough to do so after the news that we eat 65bn animals a year, figuring that not much good can come from consumption that vast. Or you may have waited for the scenes in Texas, where beef is considered such a basic commodity that eateries abound that offer free 5lb steaks (just over two kilos) if you can down all of yours in one sitting. Or perhaps your growing feeling of disquiet did not resolve into certainty until you heard a few figures – such as that methane is a greenhouse gas 30 times more powerful than carbon dioxide. This means that each one of the 1.5bn cows on Earth heats it as much every year as the CO2 produced by burning 600 litres of petrol.

If you weren’t already bulk-ordering tofu, there was plenty more to come as the presenter, wildlife biologist Liz Bonnin (who directed last year’s award-winning Drowning in Plastic), dug ever deeper into the consequences of our carnivorous ways.

In pig-rearing regions of North Carolina, lagoonsful of manure – turned aptly pink by the bacteria used to treat the waste – decorate the landscape. But treated or not, when the lagoons overflow the runoff pollutes the entire local water table, causing algal blooms that turn streams into open sewers teeming with E coli and other unhelpful things.

In the Amazon region, cattle-rearing is now the main driver of deforestation (the land, according to the programme, was cleared at the rate of five football pitches a minute last summer) and the president of Brazil, Jair Bolsonaro, is encouraging more of the lucrative practice. An activist there showed us a collection of the skulls of harpy eagle chicks that had starved to death despite their parents’ best efforts to find food in their denuded natural habitat. Grown harpy eagles can break a human arm and probably should.

Monoculture farming is devastating savannah regions, insect populations and – slowly but inexorably – us. Entire species are thought to be going extinct before they’ve even been discovered. What a piece of effing work is man.

We’re raiding the seas now, too, for fish to grind up into meal for the livestock we wish to eat. Along with the turning over of hundreds of thousands of square miles of arable land whose produce would support many humans to crops that fatten animals to feed proportionally fewer of us, it’s such a fantastically inefficient way to run the world you almost find yourself going through the looking glass and wondering whether someone actually planned it.

Bonnin was – and it’s hard not to say rightly – appalled. But there were lacunae in the programme that, if they were noticeable to novices in the field such as me, probably needed to be addressed to stave off much more criticism from experts (or water-muddying by trolls). What about land that is only suitable for animal grazing? What are the relative merits of lab-grown meat v wholesale vegetarianism? The remedial actions, possible alternative practices and so on were tacked on at the end of the show – alongside a brief semi-engagement with a representative of the meat industry in Texas, who might have been unappealingly aggressive in the way she did it, but nevertheless put forward points that had much potential for discussion.

Bonnin tried to leave us with hope, but doesn’t everyone? One pig farmer, Tom Butler, is converting his hog waste into biogas. What he’s doing could be carried out large-scale. But it isn’t and won’t be for as long as a – let’s call him eco-unconscious – US president is in charge of those who formulate regulation. The sight of Daffodil the cow living with a hole in her stomach so that scientists can work out the best methane-reducing diet for ruminants will live long in the memory. But is this not fiddling with stomachs while Rome and everywhere else burns? I am glad investors are pouring money into startups that are trying to conjure steaks out of chicken-feather cells, but as Bonnin noted, it does seem as if it’s time to find a way to live that involves bowing to rather than endlessly manipulating nature.

In the meantime, comes the cry as heedless and unknowing as any issuing from a French queen’s throat – let them eat steak. We’ll see if the revolution comes in time.

Christmas shows our approach to climate change is crackers