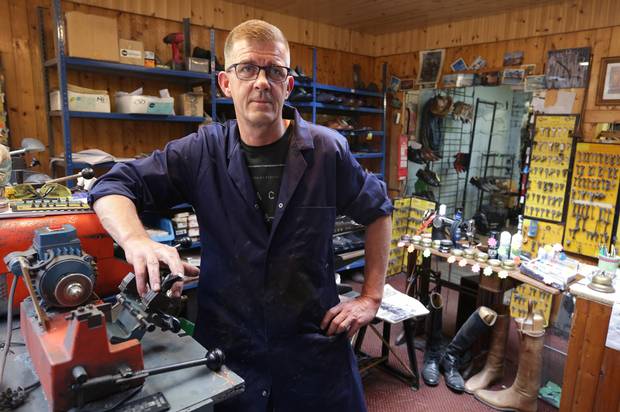 Are you throwing money in the bin? Alex Meehan investigates the resurgence of the 'make do and mend' movement

John Miley knows that he's one of the last remaining members of a rapidly-decreasing tribe. The Dubliner has been a cobbler for 40 years, starting in the trade at the age of 10.

For many of those years he had many contemporaries. But today he estimates that there are only six or seven dedicated cobblers left in the capital.

"There are a few people working out of dry cleaners around the place doing repairs, but there aren't many people left who are good," says Miley, whose shop is just off Baggot Street in the city centre.

"We work on shoes from makers like Church or Barkers which cost between €300 and €600 a pair, right up to shoes from places like John Lobb which are handmade in Savile Row in London and can cost up to €3,000 and €5,000 a pair. There's a waiting list for those."

Miley says his trade is dying. He has no apprentices but says he isn't interested in taking them on, because in the past he's trained people just to have them lured away by better pay and conditions before they were fully qualified. It's also a dangerous job - a slip of a knife last year nearly cost him a finger.

"It's dirty with long hours. It's seasonal, so money can be tight in the summer months. The average customer is paying around €50 for repairs. The biggest problem we have is that it's hard to make money and shoe repairs are taxed at 23pc, which is crazy," he says.

While repairing shoes may be a fading business, efforts are being made to keep trades like this alive, at the same time as encouraging all of us to think about repairing or mending our possessions rather than throwing them out.

A number of the country's local authorities have put together a site specifically designed to make it easier for people to find skilled workers who can repair everything from musical instruments to household appliances.

Called repairmystuff.ie, this site is free to use and allows anyone who owns a repair business in Ireland to upload their details to make them easy to find for consumers. At the moment it has over 700 listings around the country, and Nial O'Connor, environmental officer for Monaghan County Council, hopes it'll hit 1,000 by the end of this year.

"We want to support the repair industry in Ireland. It fits with the EU's circular economy package which aims to encourage manufacturers to make their appliances in a way that makes them easy to repair, to discourage the amount of waste being generated each year," he says.

"A lot of the people out there offering repair services are small operators, sole traders working maybe with a Facebook page but with no website. They depend on word of mouth for business and it can be hard for consumers to find one in their area."

"It's infinitely better that we repair rather than throwing out these things. We did a collection of electrical appliances in Monaghan town around a month ago and we got 20 tonnes of material. Piles of TVs, washing machines and dish washers, and many of them looked like they could have been repaired for €40 or €60," O'Connor says.

"But maybe those people who threw those appliances out didn't know where to go or how much it would cost to get a repair done, so it was easier to dump them."

According to O'Connor, mobile phone repair is the most popular category of the site.

"People are forever dropping phones and smashing the screens. But if you've spent €800 on a phone you're not going to throw it away because the screen is broken. However a problem is that some manufacturers, particularly of smartphones and other forms of personal technology, don't particularly want consumers to repair their technology," he says.

This makes sense - after all, why would they? Consumers replacing their smartphones with a new model means more profit. This is such a big issue that lobby groups have sprung up with the goal of trying to legally force companies like Apple and Samsung to make their technology easier to repair.

A case in point are Apple's hugely popular AirPods wireless headphones. Owners complain that they can't be repaired, and claim that the batteries lose the ability to hold a charge after around 18 months. And thanks to their lithium ion batteries, they can't be recycled.

It led one product reviewer to point out that while an AirPod's user's bones will decompose in less than a century, their plastic shell will be around for many hundreds of years longer - something to ponder, perhaps, as you make your buying decisions.

The glamourous end of the repair and recycling business

Lots of people have old rings, necklaces and pendants that they acquired years ago sitting unworn in jewellery boxes. Why not turn them into contemporary pieces that can be worn today without looking dated?

"Jewellery you never wear is no use to anyone. It's a waste of money and it's a shame. We melt down gold and reset gemstones into contemporary pieces and it's a hugely popular service," says Ann Chapman, designer jeweller with Stonechat Jewellers in Dublin.

"We opened seven years ago and were pretty quickly asked to do remodelling, so we started offering it as a specialist service and demand has steadily grown. Working with old metals and gems is very similar to working with new, so the principles and skills used are the same."

According to Chapman, old charm bracelets that frequently contain a lot of gold and which can be turned into lots of new pieces are particularly popular items for remodelling.

"We also get a lot of wedding and engagement rings from people's parents. Sometimes they want them turned into new wedding rings or they want to remake them for sentimental reasons. They usually have a piece of jewellery that means a huge amount to them but doesn't suit their style," she says.

The costs of the service vary depending on what the customer wants but the starting price for having a ring made when the customer supplies the metal is €250. Setting a gemstone costs a bit more as it requires new metal to be used; that goes up to €600 or €700, with the metal again supplied by the customer. Changing the metal or using new metal brings the price up to around €1,300 to €1,500 for 18ct gold.

"If you were going out to buy a new diamond ring you would spend a lot more. It's not unusual for people to end up with a ring worth €5,000 that cost them €1,500. It can be a good way to end up with something gorgeous without paying the full market price," says Chapman.

"Maybe more importantly, it can give something that you might not otherwise wear much a totally new lease of life." 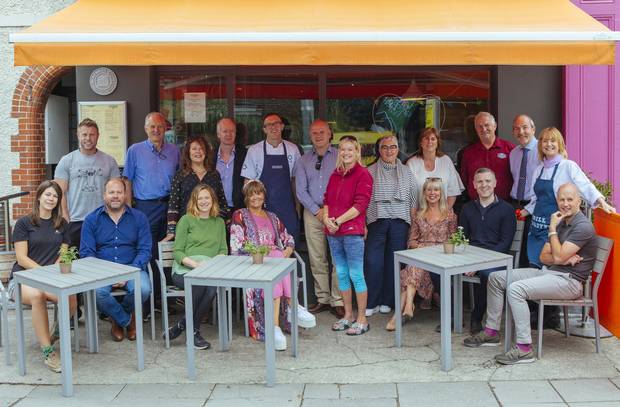 How green is your village?