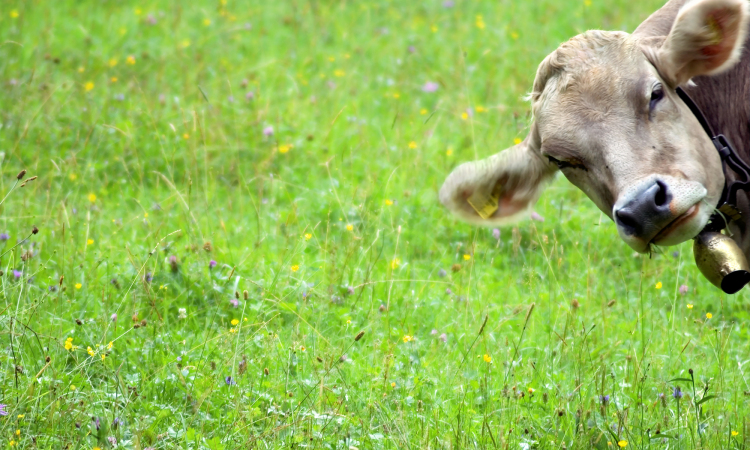 Why learn about methane? Because it could be our chance to make a real dent in global warming, says environmentalist Fred Krupp.

Methane, which is created when four hydrogen atoms bond to one atom of carbon, is a molecule that’s lighter than air. It’s amazingly useful — it’s the primary component of natural gas, which generates roughly 22 percent of the world’s electricity (after coal). But methane also has a heavy — and damaging — impact on the planet.

“Methane pollution causes one quarter of the global warming that we’re experiencing right now,” says Fred Krupp of the Environmental Defense Fund in his TED talk (Let’s launch a satellite to track a deadly greenhouse gas). Carbon dioxide may be the most prevalent greenhouse gas (accounting for 81 percent of emissions), but methane is much more potent. Over a 20-year period, it traps 84 times more heat. So where does the methane in the atmosphere come from? And how can we control it?

Let’s get this out of the way: when some people hear the word “methane,” they immediately think about cow farts. (Hence stories like this, this and this). But in reality, cow burps are much more problematic: 90 to 95 percent of the methane released by cows comes out of their mouths, while 5 to 10 percent is released in the form of manure and flatulence. According to the United Nations’ Food and Agriculture Organization, livestock — including cows, pigs, sheep and other animals — are responsible for about 14.5 percent of global greenhouse gas emissions. Cows are the primary offenders, and each animal releases 30 to 50 gallons a day on average. And with an estimated 1.3 to 1.5 billion cows on the planet, that’s a whole lot of methane. But cows aren’t the main cause of our planet’s methane problem.

Most methane emissions come, directly or indirectly, from humans. Some methane is natural — it’s released by decaying vegetation and by the bacteria in wetlands and swamps. But most sources of methane are of human origin — livestock and farming, decay in landfills, leakage from the oil and gas industry. Since 1750, the amount of methane in the atmosphere has doubled because of human activity. The oil and gas industry is the top contributor, creating one-third of all methane emissions. As companies extract and transport oil and natural gas, methane leaks from their pumps, pipelines and wells at a rapid rate. In June 2018, the journal Science published a paper by EDF and other researchers that showed US oil and gas operations are leaking 60 percent more of the harmful gas than government estimates had predicted.

Another strange source of methane (and another reason to consider banning them): plastic bags. In a study published in August 2018, researchers from the University of Hawaii at Manoa were curious about what would happen when different plastics were heated by sunlight or soaked in seawater. They discovered that many kinds of plastic — especially polyethylene, the material used in grocery bags — emitted methane when exposed to light, and continued to release it even in the dark. When submerged in salt water for 152 days, the plastics also secreted methane. These results occurred in a laboratory, but it raises the question: is all the plastic trash we’ve dumped in landfills and the oceans also releasing methane?

Some methane gets absorbed by forest soil and stored in permafrost, but now … not so much. Forest soil contains a bacteria that eats methane — and scientists count on that process to rid us of a percentage of the gas. But a study released in August 2018 shows that forest soils are getting less good at capturing methane. When researchers looked at North American soil over a period of 18 years, they found that increased rainfall seemed to prevent the methane-eating class of bacteria called methanotrophs from doing their thing. Since 1901, global rainfall has increased at an average rate of 0.08 inches per decade, which means more and more methane will be released over time — a dangerous feedback loop.

Climate change is also causing the Arctic permafrost to melt and the organic material in it to thaw. As microbes and viruses feed on the newly melted organics, they emit methane. Some of the results: tall, fiery columns that erupted when holes were cut in a frozen lake (see it at 1:20 in this video); the rapidly-thawing lake appears to boil with bubbles as big as grapefruits. It’s another destructive cycle: the more ice that melts, the more methane that’s released, and this, in turn, leads to more atmospheric warming and so on. Scientists predict that 1 gigaton of methane could be released by 2100 as permafrost melts occur in Northern Europe, Northern Asia and North America.

There is good news: feeding cows seaweed, onions or probiotics could cut their methane emissions. A Texas lab is experimenting with giving cows probiotics in their feed and water, which has led to a 50 percent reduction in methane emissions. In California, feeding cows a mixture of dried seaweed and molasses has shown promising results, while in Spain, giving them small amounts of the chemical compound in onions has done the same. In India, a national program is optimizing cows’ diets to reduce methane emissions andhelp them produce more milk. All over the world, farmers are investing in methane digester systems to capture the methane that builds up in their manure tanks (the manure is later used for fertilizer). This methane can be used to fuel their operations, or be sold to power companies.

In 2021, a satellite will be launched to spot methane leaks. EDF’s Krupp believes that if companies, policymakers and the public have clear data about exactly how much methane is being inadvertently released, they’ll be motivated to decrease it. EDF — with the support of The Audacious Project — is building MethaneSAT, a satellite designed to map and measure emissions with incredible precision and unprecedented scope. Intended to launch in three years, it will survey 80 percent of global oil and gas operations roughly every four days, and EDF will share the data with governments and companies and work with them to end the leaks. “The fact that a single satellite can help us put the brakes on global warming is truly remarkable,” says Krupp. “We can do it now.”

He stresses that this project is all the more important in light of the US government loosening its methane policy — in September 2018, the Trump administration rolled back regulations that govern oil and gas companies’ emissions of the gas. However, thanks to advocacy by EDF and other environmental groups, in the last year more than 40 oil and gas companies have agreed to phase out devices that cause leaks. In the summer of 2018, eight major corporations — led by ExxonMobil and Chevron — committed to reducing their methane emissions by as much as 15 percent by 2020.

But MethaneSAT won’t be up there alone. On September 14, 2018, it was announced that the state of California is developing a satellite to measure greenhouse gas emissions. Part of a growing fleet of methane-detecting satellites, this device — when launched — could work in tandem with MethaneSAT. While MethaneSAT will take detailed measurements of emissions over a broad range, the California satellite could detect medium-to-large leaks at specific locations. As EDF explains on their blog, “It’s like having two camera lenses — wide angle and telephoto — that together produce a more complete picture.”

Just as humans once figured out how to harness methane for power, it is entirely in our capabilities to come up with strategies to prevent the gas from filling the atmosphere. Says Krupp, “This is our chance to create change in our lifetimes.”

Want to join in the fight against methane emissions? Become a champion of EDF’s MethaneSAT — one of the first ideas funded by TED’s The Audacious Project — and get regular updates on how you can get involved.