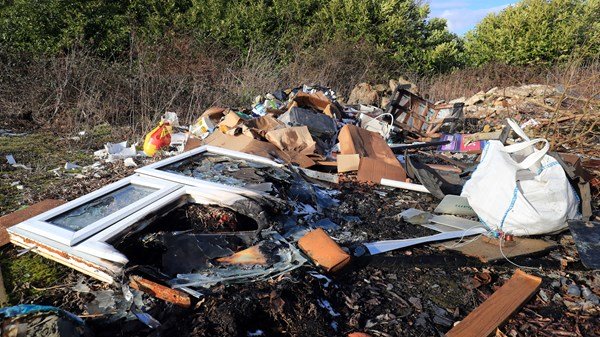 The Irish Farmers’ Association (IFA) has called for the Government to get tough on litter louts as illegal dumping increases across the country. The IFA wants local authorities to publish a list of convicted serial dumpers and seek tougher court sentences.

It comes as the Minister for Environment Richard Bruton announced that €1m will be ring-fenced to tackle a reported increase in illegal dumping during the Covid-19 crisis. The Department said it is considering installing CCTV or other monitoring and surveillance equipment to prevent illegal dumping.

In these #Covid19 times we can still recycle & not illegally dump. Our Commercial Unit identified this illegal dumping y/day near the N7. We have identified the person involved & have passed on details to local Council to prosecute.#StayAtHomeAndStaySafe pic.twitter.com/vyOl37YztP

The IFA welcomed the funding, but called on the Waste Enforcement Regional Lead Authorities (WERLAs) to set out how it will be spent. Paul O’Brien, IFA environment and rural affairs chairman, said: “Funding to tackle the growing issue of dumping in the countryside is important.

“But farm families and rural communities are rightly asking, what’s this one million euro being used for and how will it lead to catching the serial dumpers who are a blight on the countryside? “It’s time Government got tough on these litter louts and asked hard questions of local authorities and the WERLAs who have enforcement and prosecution powers when it comes to tackling illegal dumping”.

It is time Government got tough on these litter louts and asked hard questions of local authorities and the WERLAs who have enforcement and prosecution powers when it comes to tackling illegal dumping...https://t.co/2r5xVuq2WW

Mr Bruton said he is “extremely concerned” about reports of illegal dumping, adding the funding will ensure local authorities can “respond quickly and decisively”. He added: “Illegal dumping is committed by a minority but is a scourge on local communities.”