The climate change analysis was written by a former fossil fuel executive and backed by the former chief of Australia's military.

A harrowing scenario analysis of how human civilization might collapse in coming decades due to climate change has been endorsed by a former Australian defense chief and senior royal navy commander.

The analysis, published by the Breakthrough National Centre for Climate Restoration, a think-tank in Melbourne, Australia, describes climate change as “a near- to mid-term existential threat to human civilization” and sets out a plausible scenario of where business-as-usual could lead over the next 30 years.

The paper argues that the potentially “extremely serious outcomes” of climate-related security threats are often far more probable than conventionally assumed, but almost impossible to quantify because they “fall outside the human experience of the last thousand years.”

On our current trajectory, the report warns, “planetary and human systems [are] reaching a ‘point of no return’ by mid-century, in which the prospect of a largely uninhabitable Earth leads to the breakdown of nations and the international order.”

The UN's Devastating Climate Change Report Was Too Optimistic

The only way to avoid the risks of this scenario is what the report describes as “akin in scale to the World War II emergency mobilization”—but this time focused on rapidly building out a zero-emissions industrial system to set in train the restoration of a safe climate.

The scenario warns that our current trajectory will likely lock in at least 3 degrees Celsius (C) of global heating, which in turn could trigger further amplifying feedbacks unleashing further warming. This would drive the accelerating collapse of key ecosystems “including coral reef systems, the Amazon rainforest and in the Arctic.”

The results would be devastating. Some one billion people would be forced to attempt to relocate from unlivable conditions, and two billion would face scarcity of water supplies. Agriculture would collapse in the sub-tropics, and food production would suffer dramatically worldwide. The internal cohesion of nation-states like the US and China would unravel.

“Even for 2°C of warming, more than a billion people may need to be relocated and in high-end scenarios, the scale of destruction is beyond our capacity to model with a high likelihood of human civilization coming to an end,” the report notes.

In the briefing’s foreword, retired Admiral Chris Barrie—Chief of the Australian Defence Force from 1998 to 2002 and former Deputy Chief of the Australian Navy—commends the paper for laying “bare the unvarnished truth about the desperate situation humans, and our planet, are in, painting a disturbing picture of the real possibility that human life on Earth may be on the way to extinction, in the most horrible way.”

Spratt told Motherboard that a key reason the risks are not understood is that “much knowledge produced for policymakers is too conservative. Because the risks are now existential, a new approach to climate and security risk assessment is required using scenario analysis.”

Last October, Motherboard reported on scientific evidence that the UN’s summary report for government policymakers on climate change—whose findings were widely recognized as “devastating”—were in fact too optimistic.

While the Breakthrough scenario sets out some of the more ‘high end’ risk possibilities, it is often not possible to meaningfully quantify their probabilities. As a result, the authors emphasize that conventional risk approaches tend to downplay worst-case scenarios despite their plausibility.

Spratt and Dunlop’s 2050 scenario illustrates how easy it could be to end up in an accelerating runaway climate scenario which would lead to a largely uninhabitable planet within just a few decades.

“A high-end 2050 scenario finds a world in social breakdown and outright chaos,” said Spratt. “But a short window of opportunity exists for an emergency, global mobilization of resources, in which the logistical and planning experiences of the national security sector could play a valuable role.” 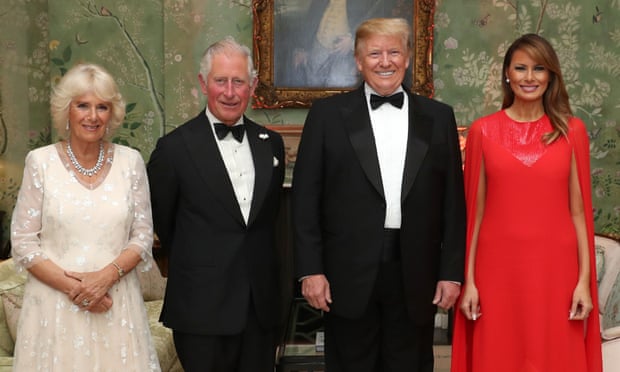