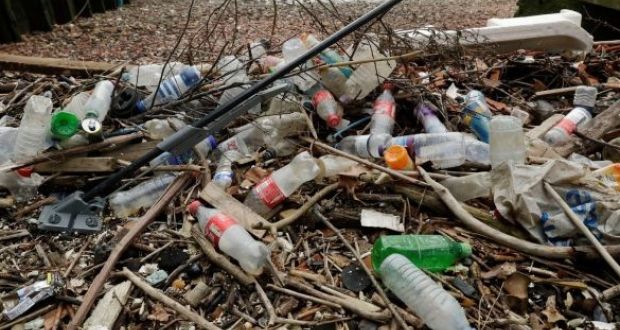 Public water taps are being reinstalled in towns and villages across Ireland in an effort to cut down in plastic consumption.

The new -style drinking water fountains, which also have a second spout aimed at filling up water bottles, are already installed in Howth in Co Dublin and Greystones in Co Wicklow.

More then one million plastic bottles are bought around the world every minute and this number is set to rise 20 per cent by 2021, reflecting a worldwide surge in the use of predominantly single use bottles for water consumption. Ireland is the top producer of plastic waste in Europe; generating an average of 61kgs per person every year which equates to the production of nearly 2,000 water bottles per person annually.

This week Greystones Tidy Towns Committee installed the first of four “water refill stations” which are to be deployed around the town in a partnership with Join the Pipe – a for profit company which has a charitable arm bringing water to developing countries across the world.

Greystones will pay €10,000 for three of the water refill stations with the first being financed by Join the Pipe itself. Join the Pipe is also financing a water pump for a developing village in Sri Lanka on the back of the investment from Greystones.

Greystones Tidy Towns chairwoman Marie McCooey said funding came from Wicklow County Council in recognition of a bronze award at the National Tidy Towns competition. The water refill stations are a joint project with the Greystones Municipal District Council, she said. The first station is in place at the corner of the Burnaby Park, opposite the Railway Station . Ms McCooey said the aim “is to reduce the amount of drinking water bottles ending up in our green areas, rivers and streams and on our beaches and in the sea”.

David Healy of Fingal County Council said two water refill stations had been opened in Howth and Malahide in a bid to cut down on plastic waste. The Fingal stations are not affiliated with any other body. It was an attempt to reinvent the tap in a “striking but not obtrousive fashion”, he said.

The True cost of Fast Fashion