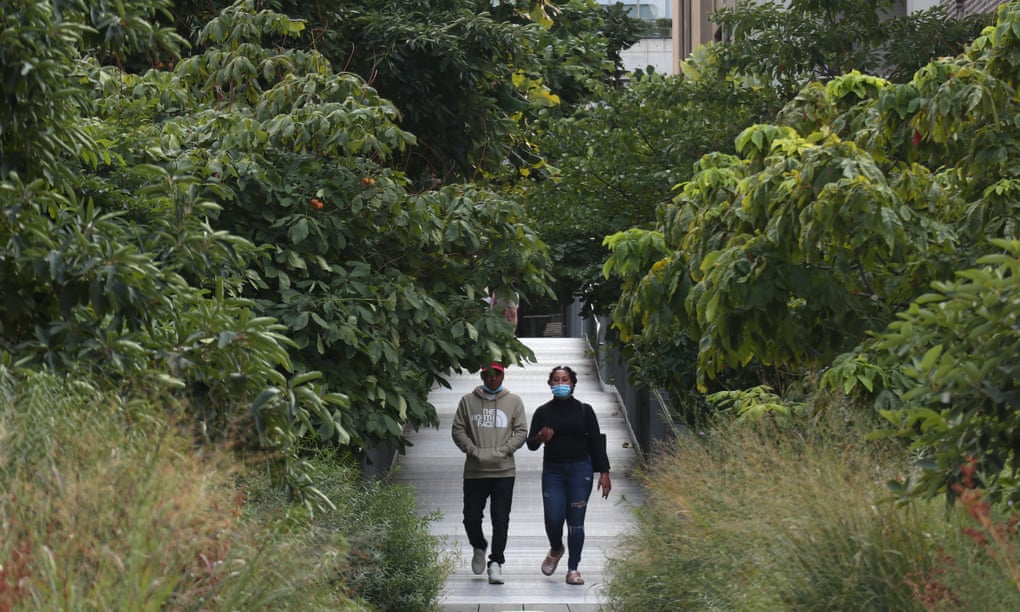 Our cities are dominated by glass-faced edifices that overheat like greenhouses then guzzle energy to cool down. Instead, we could have buildings that are intimately connected to the living systems that have evolved with us, that celebrate the human-nature connection that is central to our wellbeing.

As more of us in Australia live in urban areas and our cities grow, bringing nature into our cities is a key part of establishing and rebuilding that connection. As well as bringing beauty into urban environments, we know that people are healthier when they are connected to nature. Research also shows that crime rates decrease in areas with street trees and that property values increase.

Nature knows how to manage flooding and weather events and is more adaptable than many of our engineered systems, yet we refuse to learn from it. As we grapple with changing the way that we live due to climate change, we have an opportunity to learn from both the natural systems and Indigenous cultures that have mastered managing and supporting the diversity of Australia for thousands of years.

The “Greener Places” framework, released by the government architect of New South Wales last year, outlines the many benefits of green infrastructure; from increased social interaction and inclusion to reduced flood risk and improved property values. With all this knowledge about the benefits of nature in cities, we are still seeing developments that have little to no nature and if they do, there is very limited thought given to the creation of habitats that can increase biodiversity. A regenerative design approach, one that creates opportunities for people and nature to thrive together, is emerging as a way forward as is the biophilic cities movement that began in the US and is now present in Australia.

Our cities could be rewilded and become habitats for native species everywhere, even in the densest of city centre environments, while also creating engaging community spaces for people. As Australian cities become denser, the benefits of connecting to nature increase, yet we often tell ourselves that it is not possible to bring nature into the city, that it requires too much space or is best left to the creation of parks where it can stay separate from our built spaces. 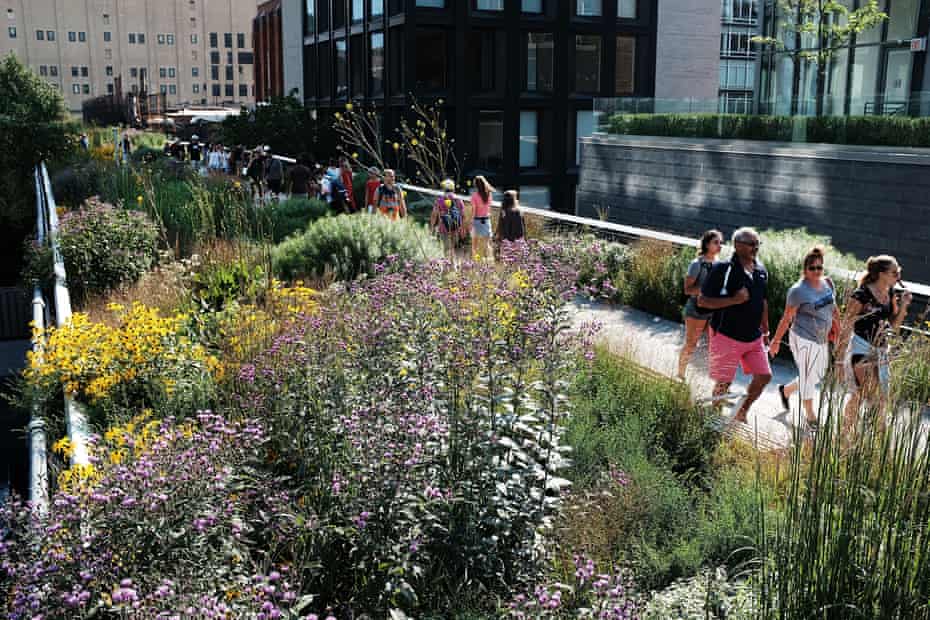 The Highline of New York provides an example to cities elsewhere for how leftover spaces in cities can be completely transformed to connect both people and nature. Photograph: Spencer Platt/Getty Images

Biodiversity exists everywhere, even the smallest urban green spaces provide essential habitats for the most minute of species. If we manage to link those small spaces together, then the potential increases. Fortunately, we are seeing projects emerging in cities around the world that demonstrate the possibilities.

High-profile projects like the Highline in New York City provide examples to cities elsewhere for how leftover spaces in cities can be completely transformed to connect both people and nature. Rewilding is about adding nature everywhere, not just in parks, by using nature-based solutions or green infrastructure at the edges of our streets, in leftover spaces and on and within our buildings. If we viewed our developments as spaces for nature, from which we cut out the spaces for human use rather than ones where we design for human use and add a token amount of green to them at the edge, we will have a chance at bringing people and nature into a healthy balance. 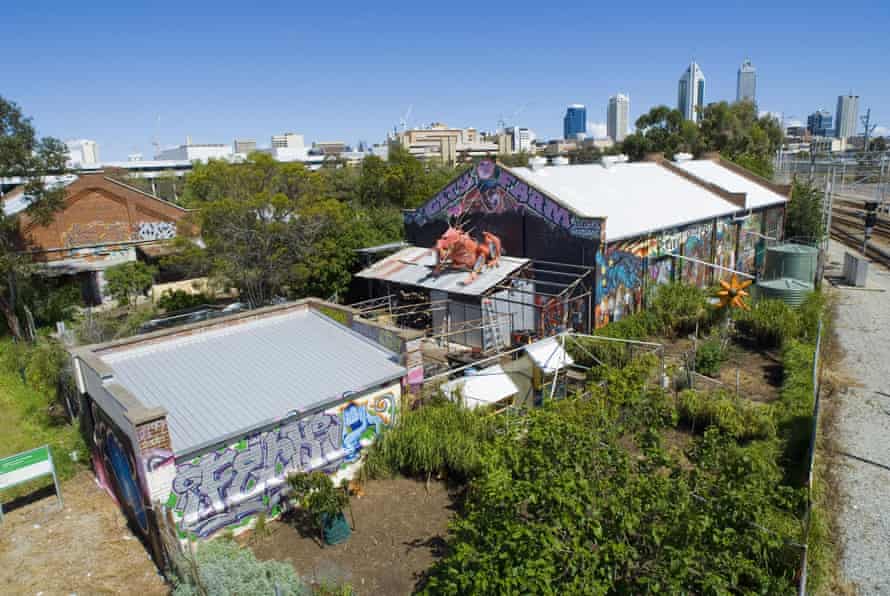 Our cities in Australia are teeming with leftover spaces, from railway cuttings to car parks and abandoned industrial sites. All too often our busiest roads are hostile environments with little to no nature and our cities rooftops and plazas are hard surfaces that contribute to increased heat and polluted water runoff. The nature that we add does not just need to be trees, projects like Sydney’s Camperdown Commons, Perth City Farm or Melbourne’s SkyFarm demonstrate the opportunity to grow food in our cities while simultaneously growing community interaction and engagement.

There are many ambitions within our cities to create blue/green grids and several plans, frameworks and guidelines that outline the opportunities and benefits. The City of Melbourne’s Green Our City strategic action plan outlines how green walls and roofs can play a part in bringing nature into the city, for example. What we are lacking is the wide-spread integration of these frameworks into the actual designing and engineering of our cities as well as the economic will to hand over some space to nature.

We are typically shortsighted and unable to see the benefits that nature provides us in the long-term. Too often we do not conduct an economic benefit analysis of the increased property values, reduction of pollutants in waterways, and cleaner air that results from these measures. Several high-profile building projects in Sydney and Melbourne have led the way in exploring how to include nature. The planned Green Spine project in Melbourne integrates nature as a defining design feature and the successful One Central Park project in Sydney provides a vibrant urban greening example that takes nature up from the ground plane on to its facade. A movement that demonstrates regenerative thinking is showing signs of emergence. 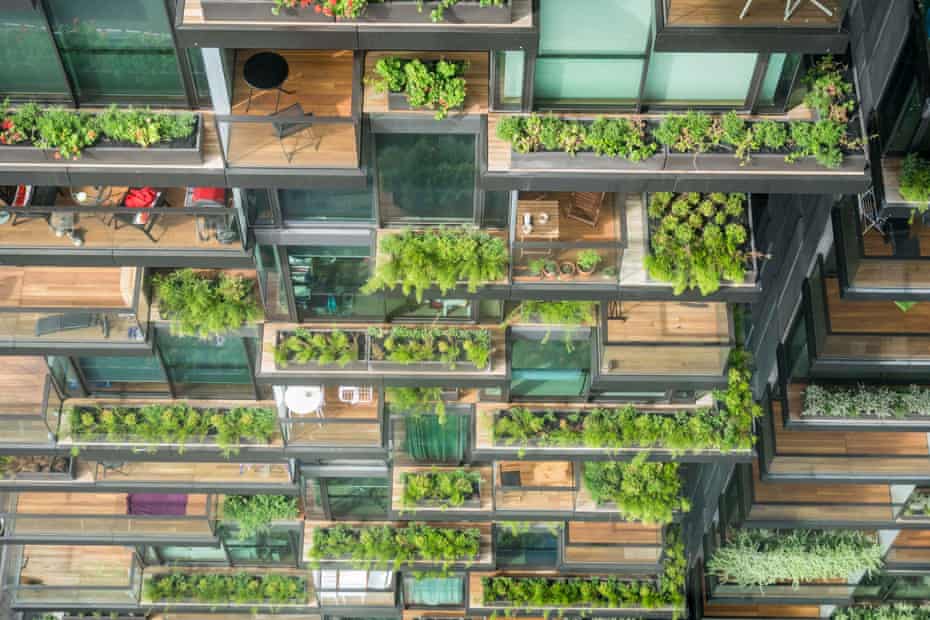 The bones are there for the rewilding of our cities to become a reality. Government frameworks, commitments and priorities acknowledge the benefits, we have built examples that can act as catalyst projects for others, and time is becoming critical both in regard to climate change and biodiversity loss, issues that polls consistently show are of high importance to Australians. Let’s hope that more species becoming extinct, devastating bushfires, catastrophic floods and chaotic demonstrations of changing weather patterns do not need to happen for us to take action.

A decade ago the UN convention set targets for biodiversity – alarmingly, none of them have been achieved. In the next decade, we must embrace our responsibility to support nature to thrive, the survival of all other species on which we depend, lies in our hands. Over the last 200 years, Australia has lost 75% of its rainforests and has the world’s worst record of mammal extinctions. While we continue to see nature as something that we can take and destroy and as something that it is separate to us, it is unlikely that anything will change. Here in Australia, even the threat of koala extinction after last year’s bushfires has not resulted in sufficient action.

Fundamentally our relationship to nature is key to this change, we need to embrace nature in our everyday lives and act with the knowledge that whatever we do to nature, we do to ourselves.