Sea levels are going to rise by at least 20ft. We can do something about it 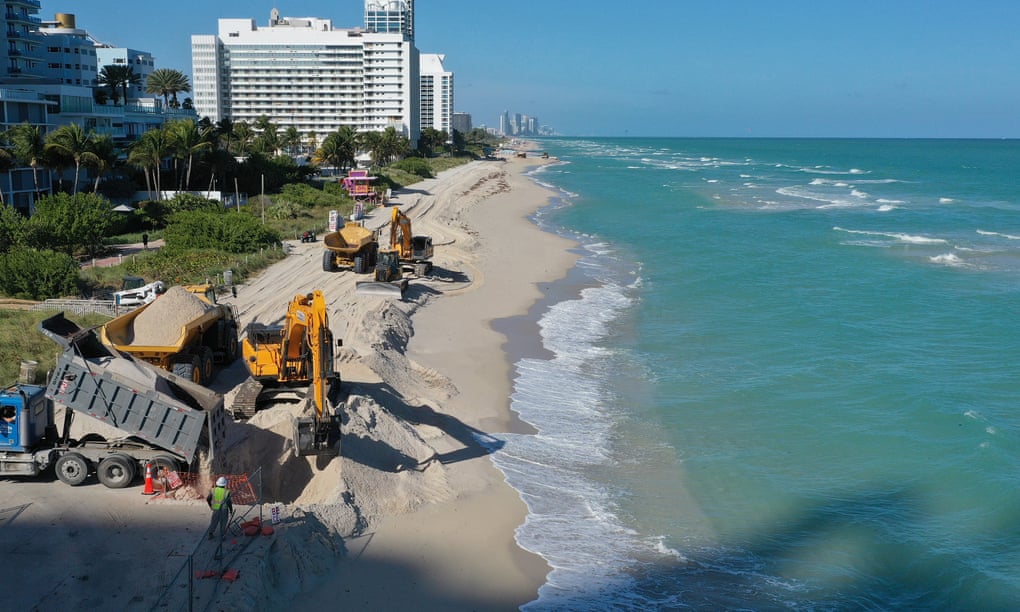 To avoid the grimmest outlook posed by warming oceans, we need to extract heat-trapping gases from the atmosphere

The climate emergency is bigger than many experts, elected officials, and activists realize. Humanity’s greenhouse gas emissions have overheated the Earth’s atmosphere, unleashing punishing heat waves, hurricanes, and other extreme weather – that much is widely understood.

The larger problem is that the overheated atmosphere has in turn overheated the oceans, assuring a catastrophic amount of future sea level rise.

As oceans heat up the water rises in part because warm water expands but also because the warmer waters have initiated major melt of polar ice sheets. As a result, average sea levels around the world are now all but certain to rise by at least 20 to 30 feet. That’s enough to put large parts of many coastal cities, home to hundreds of millions of people, under water.

The key questions are how soon this sea level rise will happen and whether humans can cool the atmosphere and oceans quickly enough to prevent part of this.

Two to three feet of sea level rise may not sound like much, but it will transform human societies the world over. In south Florida, where I live, residents will lose access to fresh water. Sewage treatment plants will fail, large areas will persistently flood, and Miami Beach and other barrier islands will be largely abandoned. In China, India, Egypt and other countries with major river deltas, two to three feet of sea level rise will force the evacuation of tens of millions of people and the loss of vast agricultural lands.

Attempting to limit sea level rise therefore must become an urgent priority, including for the world leaders Joe Biden is inviting to a climate summit on Earth Day, 22 April. We must reframe how the climate emergency is understood and what it means to combat it. Certainly, it is essential to meet the Paris agreement goal of limiting temperature rise to 1.5 to 2C – but that will not be sufficient.

The solution to rapidly rising sea levels is twofold: humans must stop putting more heat-trapping gases into the atmosphere, and we must extract much of what we’ve already put up there. Since the Industrial Revolution 250 years ago, the amount of CO2 in the atmosphere has soared due to human activities, principally the burning of carbon-based fossil fuels. To minimize future sea level rise, we need to lower that amount from today’s 417 parts per million towards the 280 ppm that prevailed before industrialization.

Halting heat-trapping emissions requires rapidly moving the economy off fossil fuels to renewable energy as well as ending deforestation, shifting to climate-friendly agriculture, planting soil-building forests, and more. But even if we succeed on this front — and so far, we are falling well short — only the atmosphere would stop getting hotter.

Cooling the oceans will be harder. This requires pulling massive amounts of CO2 from both the atmosphere and the oceans and storing it where it cannot leak.

There are prototypes of such “carbon negative” technologies. Methods like incorporating pulverized basaltic lava into fertilizers can lead to CO2 removal and other approaches must be aggressively developed. It is crucial that both strategies – halting further emissions of CO2 and extracting CO2 that’s already been emitted – be pursued. Doing one cannot be an excuse for not doing the other or we will fail.

Our dilemma is rooted in basic physics. Once CO2 is emitted, it remains in the atmosphere for millennia, trapping heat and warming the planet like a blanket warms a human body. What’s insufficiently appreciated is that most of this warming – over 93% – has transferred to the oceans and significantly warmed the upper 2,000 feet. This is accelerating polar ice melt and global sea level rise and will continue to do so for centuries.

Two inches a decade may seem a trifle but remember: we are just at the beginning of this acceleration. The US National Oceanic and Atmospheric Administration projected in 2017 that global mean sea level could rise five to 8.2ft by 2100. Four years later, it’s clear that 8ft is in fact a moderate projection. And regional influences – subsidence, changing ocean currents, and redistribution of Earth’s mass as ice melts – will cause some local sea level rise to be 20-70% higher than global.

Sea level rise of 8ft would be catastrophic. Absent extensive and very expensive adaptation measures, it would put much of New York and Washington DC, Shanghai and Bangkok, Lagos, Alexandria and countless other coastal cities underwater. It would submerge south Florida. And building sea walls won’t help in south Florida: the land rests on porous limestone, so rising seas will simply seep under. Even the levee-protected Netherlands and New Orleans will be in deep trouble.

Worse, on current trends, we will be lucky for seas to rise “only” 8ft by 2100. The reason is that the computer models used by Noaa and others do not reflect what we know about how seas have risen in the past. These models assume that sea level rise unfolds gradually, but the geological record shows that in fact it can occur in rapid pulses. Warmer temperatures following the previous ice age caused disintegration of one polar ice sector after another, causing seas to rise in pulses of three to 30ft per century. Today, accelerating ice melt in Greenland and Antarctica are almost certainly the beginning of a new pulse of rapid sea level rise.

It is urgent that humanity transition to renewable energy, stop burning fossil fuels, and develop and deploy technologies to extract CO2 from the skies and seas. We must also get realistic about adapting to the sea level rise that can no longer be prevented. Rather than building more in low-lying regions and spending public money on coastal defenses that are bound to fail, we should prepare to assist the eventual relocation of people and infrastructure from the most threatened areas (and clean the land before inundation).

Without such measures, there will come a point, sooner than many people realize, when civilization as we know it will greatly weaken or outright collapse. We can only prevent this scenario with serious planning, funding, and effort. Our children, and their children, deserve much better than we are doing now.

This story originally appeared in the Nation and is republished here as part of Covering Climate Now, a global journalism collaboration strengthening coverage of the climate story. 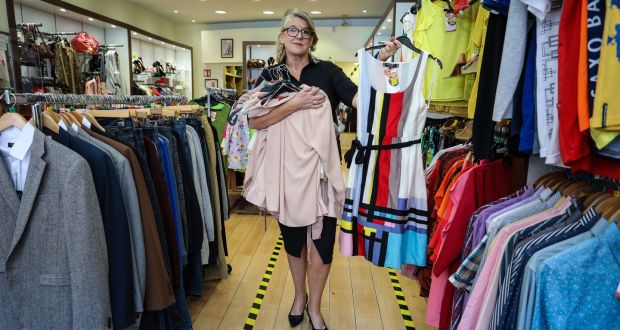 Spend It Better: Get your charity shop fix with online platform Thriftify