The eco gender gap: why is saving the planet seen as women’s work? From soap to reusable cutlery, green products are overwhelmingly marketed to and bought by women. Does this discourage men from taking responsibility?

It was not long ago that, if you wanted to reduce the impact of your consumer choices on the environment, your only option was to use your own shopping bag. These days, the eco-minded shopper is overwhelmed with “green” choices. With the rise of reusable pads and menstrual cups, your period can now be plastic-free. Cosmetics increasingly come in glass and aluminium containers. Even hosiery brands are swapping nylon for more eco-friendly material.

Given the devastating toll of consumer waste on the health of the planet, you may find this visible drive towards sustainability on supermarket shelves cheering. But if you are a man, you may not have even noticed it: most eco-friendly products are marketed to women.

There is an obvious (and depressing) reason for this: women are not only more powerful consumers, but also disproportionately responsible, still, for the domestic sphere. The result of this is what the market research firm Mintel has termed an “eco gender gap”, where green branding might as well be pink.

In a 2018 report by Mintel on the subject, Jack Duckett, a senior consumer lifestyles analyst, said women “still tend to take charge of the running of the household”, with laundry, cleaning and recycling falling under that banner. But “with eco-friendly campaigns and product claims largely aimed at female audiences”, advertisers run the risk of communicating the message that sustainability is women’s work.

The idea is already insidious due to the persistent portrayal of women as caregivers – even of the planet. Janet K Swim, a professor of psychology at Pennsylvania State University who has done extensive research into the social consequences of environmentally friendly behaviour, points to a political cartoon showing Theodore Roosevelt, the US president from 1901 to 1909, wearing an apron, “trying to mock him as feminine” for his conservation policies. 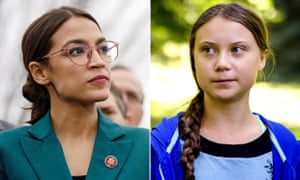 While it is true that women are more likely than men to be green, in the past that gender gap has been attributed to personality differences. Research from the mid-90s to early 00s pointed to women’s greater tendency to be prosocial, altruistic and empathetic; to display a stronger ethic of care; and to assume a future-focused perspective. “Research suggests that women have higher levels of socialisation to care about others and be socially responsible, which then leads them to care about environmental problems and be willing to adopt environmental behaviours,” says Rachel Howell, a lecturer in sustainable development (a subject that is, she notes, studied overwhelmingly by women at undergraduate level) at the University of Edinburgh.

Whether women are born caring about the planet or learn to do so, there is evidence to suggest that femininity and “greenness” have come to be cognitively linked (by men and women) – and that this, as absurd as it may sound, is partly what puts off men from doing their bit.

In a study published last year in the journal Sex Roles, Swim and her fellow researchers at Penn State found that men could be disinclined to carry a reusable shopping bag – or recycle, or any environmentally friendly activity that had been gendered as feminine – for fear of being perceived as gay or effeminate. (The same concern has been well established as a factor in men’s reluctance to adopt vegetarian or vegan diets.)

Similarly, a 2016 paper in the Journal of Consumer Research found that “men may be motivated to avoid or even oppose green behaviours in order to safeguard their gender identity” and that their participation could be encouraged by weakening the association between femininity and sustainability, such as “by using masculine rather than conventional green branding”.

Plastic Freedom and Package Free Shop, two popular zero-waste online retailers, say they are careful to use gender-neutral marketing – but both say about 90% of their customers are women. Lauren Singer, the founder of Package Free Shop, which sells items such as bamboo cutlery and eco cleaning products, suggests that the imbalance presents women with an opportunity to lead. “Let’s be the ones that absorb the responsibility of being the stewards and educators of sustainability,” she says.

But with analysis in 2016 from the Office for National Statistics showing that women carry out an average of 60% more unpaid work than men, Howell’s suggestion may hold more appeal: to close the eco gender gap, close the associated gap “in terms of who does the laundry, who does the grocery shopping, who does the cleaning at home”. Also, get rid of “false ideas of what a sustainable product must look like”, she says, pointing out that men may carry a rucksack or reusable sports bottle without it being sold or perceived as green.

The British men’s skincare company Bulldog stands out for making sustainability a cornerstone of its brand. Its plastic tubes are derived from sugar cane, not fossil fuel; it sells bamboo-handled razors and shower gel in cardboard packs; and its Original Moisturiser is certified carbon-neutral. “We’ve never thought that there’s really a gender perspective on the idea of sustainability,” says Simon Duffy, the brand’s founder. “It’s a crazy idea to me, that that is considered more feminine than masculine. Everybody should be focused on this.” 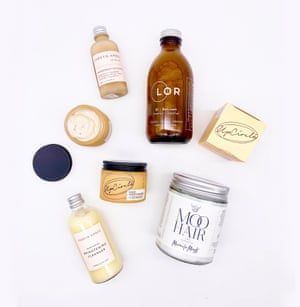 For female beauty brands, sustainability may well be a way of standing out in a crowded market, says Duffy (for male beauty, “the challenge is getting men to use these types of products at all”) – but commitment should not be only skin deep. “We’re trying to make it inherent to everything we do,” he says, “because it’s the right thing to do. It doesn’t have to be a marketing story. Companies that try to use that as a tactic to sell more products are missing the point.”

It is a reminder that, for a company to be truly green, its attention to sustainability should extend to every level of its business – not just the one that draws consumers. Areeba Hamid, a senior campaigner at Greenpeace, says the impact of individual choices – even giving up meat or air travel on a large scale – is negligible: “If the corporations keep drilling for oil and gas, that is not going to amount to anything.”

Howell says: “While individual action is important, the individualisation of responsibility can go too far. We have got to look at the whole and try to do something at a societal level.”

Even arguments about meaningful action on the climate crisis are are split down gender lines. Another study by Swim, published in the journal Global Environmental Change last year, showed that men preferred arguments that centred on science and business and tended to “attribute negative feminine traits” to men who argued on the basis of ethics and environmental justice – as women typically did.

Women tend to have less trust in institutions, Howell says, which may mean they have less faith in the ability of science, technology and the government to address the issues that face us. Men, however, having been historically well served by the status quo, “are much more inclined to believe that, if they accept there is a problem, then somebody or some technology will sort it all out – that we don’t need to change our lifestyle”.

Misogyny has been shown to be a factor in climate denial. A 2014 paper in the International Journal for Masculinity Studies found that: “For climate sceptics, it was not the environment that was threatened; it was a certain kind of modern industrial society built and dominated by their form of masculinity.” As Martin Gelin wrote last year in the New Republic, the highest-profile climate campaigners in the world today are two young women: Greta Thunberg and Alexandria Ocasio-Cortez. Those shouting them down are primarily older conservative men. 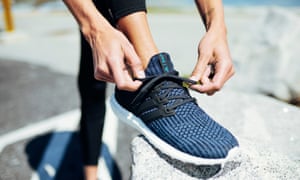 “Occasionally, I feel quite angry,” says Howell, “because a lot of the problems have historically been created more by men, because they have more power, but it sometimes seems that women are getting more desperate about trying to solve them – and maybe have less power to do it.”

But the world is changing. Millennials and Generation Z (those born between the early 80s and the mid-00s) have been shown to align broadly on the climate crisis, according to recent data compiled in the US by the Pew Research Center; even young Republicans are more likely to say that governments need to do more. “If you look at the youth climate movement, and Greta, there are a lot of young men as well as women,” says Hamid. “I think this is generational.”

Duffy says that brands are changing, too. More than two-thirds (68%) of Europeans rate being environmentally friendly as more important to them than it was five years ago, according to a European Consumer Packaging Perceptions survey from 2018. For 19- to 29-year-olds, it was 80%.

While some companies will change their ways only when forced, Duffy looks to Adidas’s range of trainers made from upcycled ocean plastic, and the footwear company Allbirds, as examples of those with “sustainable stories”, irrespective of the gender of their target market. “It’s certainly seeping in,” he says. “If you’re a man and you’re not picking up that this is important, something is wrong.”