The Ecocide of Easter Island 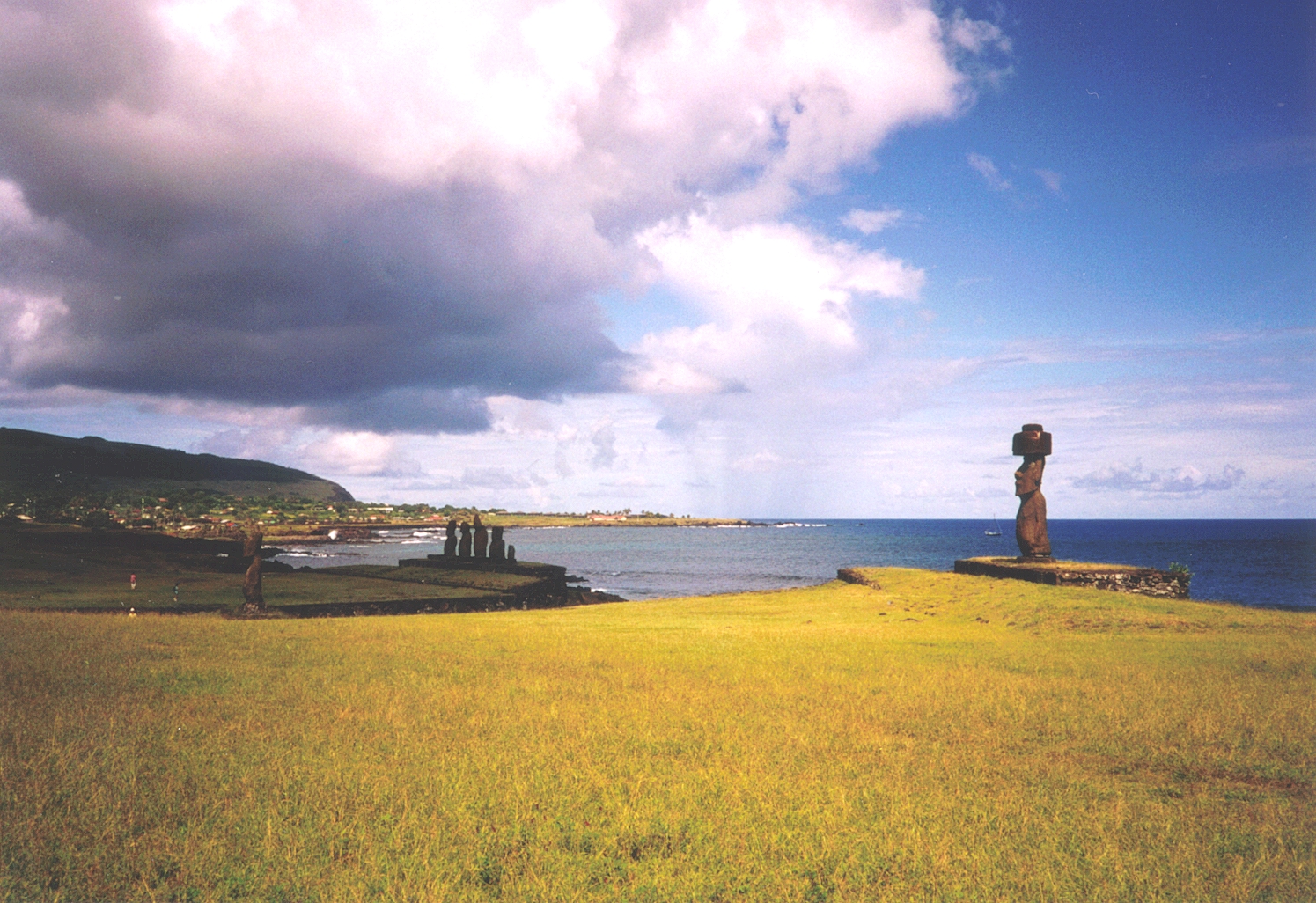 Nearly 1,000 years ago, as determined by Hunt and Lipo, a modest group of Polynesian voyagers made landfall on a lushly forested island more than a thousand miles away from any other civilization. Within 600 years, these settlers managed to turn their home from a subtropical paradise into a nearly-lifeless grassland, dotted by massive stone monoliths and the remnants of a once great society. What caused this ecological disaster? And what implications might this story hold for the state of modern environmental affairs?

Easter Island is a small parcel of volcanic rock that was described by Jared Diamond as “the most remote habitable scrap of land in the world,” more than 1,000 miles away from the Pitcairn islands to the West and 2,300 miles away from Chile to the East. An example of a Chilean Jubaea chilensis.

When the Polynesian voyagers made landfall on Easter, they were greeted by a small island, only 66 miles square, covered in a species of palm that is, according to the research of Mieth and Bork, in the same genus as the Jubaea chilensis tree found in Chile. These Jubaea palms can easily grow 50 feet high, with some trees in Chile topping out at 100. However, when the Dutch explorer Jacob Roggeveen first made landfall on the island in 1722, he described it as barren, with no trees taller than 10 feet.

There are many hypotheses surrounding why this deforestation took place. But the consequences are undeniable. The population of Easter Island went from approximately 2,000 original settlers, up to an estimated peak of 30,000, then back down to only around 1,000 by James Cook’s landfall in 1774. The Polynesian settlers had, as determined by the research of Mann et al., an unfortunate habit of slash-and-burn agriculture, a practice in which expanses of trees and vegetation are clear cut, and any remaining plant matter is burned. This creates a clear area for crops to be grown. The islanders used this wood as fuel for their fires and crematoriums, and as raw material to create ropes and large canoes. As the population of the island grew, slash-and-burn became more common and more expansive, resulting in intense and immediate deforestation, which was detrimental to Easter’s ecosystem.

It would be remiss to write about Easter Island without mentioning the great moai constructed by the islanders, representing their high-ranking ancestors. These statues ranged from as small as 10 feet tall, to one as great as 72 feet (though its construction was never finished).

The average weight of a statue was around 14 tons, which begs the question: how were the moai transported from the quarry where they were created, to the outside edge of Easter Island? The most supported theory is that the statues were moved through the use of modified “canoe ladders,” which were commonly utilized by Polynesian islanders to transport their heavy wooden canoes. These “ladders” consisted of two parallel logs, like the rails of a ladder, and intermittent wooden crossbars that were lashed to the rails, over which a sled, holding a moai, was pulled. Jo Anne van Tilburg was able to test this theory in her research, where she, along with 50-70 native islanders, were able to drag a 12 ton statue nine miles in 35 hours. Less than a full working week. This is a canoe ladder created by Jo Anne Van Tilburg in her study on the movement of Easter Island’s moai. The triangular logs on top of the ladder are lashed to create the sled.

While this transportation method is a testament to human ingenuity, it had devastating effects on the environment. Thousands of palms must have been felled to create the “ladders,” and while the wood could be repurposed into fuel, trees were still being cut faster than they could be replaced.

This might not have been a problem had the population size remained relatively small. But this is not the case. Instead, it is estimated that up to 30,000 islanders inhabited Easter at its peak. Over several centuries, different groups broke off into individual tribes across the island

As humans tend to do, these clans began competing over who could create and erect the largest statues. As the centuries went by, the average height of the moai on the island steadily increased. This increase in moai size and human population would’ve necessitated the felling of more trees to transport the statues, and would’ve put a greater demand on the already failing resources of the island.

Eventually, the last tree was cut down, and the Easter Island Jubaeas palm was extinct.

Most Polynesian settlements are located in tropical climates, where coral reefs are common and the fish that reside in them are regularly used as a source of food. Easter Island, however, is subject to a sub-tropical climate, making the water too cool for coral reefs to form. Therefore, as shown by the research of Steadman, Casanova, and Ferrando, the islanders relied on dolphins as one of their main sources of sustenance. Dolphins rarely came close to land, so the islanders used the palms to create large water-tight canoes that they could use to catch the dolphins in deep water.

Now, according to the research of Dudgeon, Finney, and Esh, only root vegetables, sea birds, and rats were left for food.

One of the primary functions of tree roots is to hold soil in place, preventing erosion. As the native palm population decreased, and eventually hit zero, there was little keeping the soil and nutrients from washing away with the rain and blowing away with the wind. This was detrimental to the quality of Easter Island’s cropland. As the nutrients leeched, water evaporated, and soil disappeared, farmland was abandoned.

With the palms of Easter Island gone, sea birds stopped visiting the island. Now, the only real things left to eat were rats and the small amount of crops that could be grown in the poor soil.

A time of starvation was upon the island. Fed up with their empty promises, the tribal chiefs and priests were overthrown by military leaders, moai were toppled, and an epidemic of civil war began.

When Easter Island was visited by Captain James Cook in 1774, he described the islanders as “small, lean, timid, and miserable.” The society of Easter Island was no longer strong. Victim to its own indiscretion and overexploitation, Easter had regressed.

Part of the downfall of the islanders was their susceptibility to creeping normality. Since the deforestation of Easter Island took place over several centuries, it was easy for it to escape notice. As the years crept by, the importance of the palms waned, until they were but a small part of the islander’s culture and economy.

This idea that significant change can be perceived as normal, as long as it takes enough time, is unfortunately prominent today. We see it in the slow-yet-steady rise in global temperatures, as shown in a study by NASA. And we may soon see it in an increase in natural disaster prevalence; as global warming carries on, heavier storms will become more common until they are the norm, according to a different study by Riebeek with the  NASA Earth Observatory. Yet, both of these trends take place over such a significant period of time that they rarely draw the attention or concern of the media and  the masses.

We must be able to learn from the mistakes of the islanders. We cannot be caught up in petty conflict and competition, lack of foresight, and ecological apathy, or else we may share their fate.