home news The problem with recycling clothes and textiles
back

The problem with recycling clothes and textiles 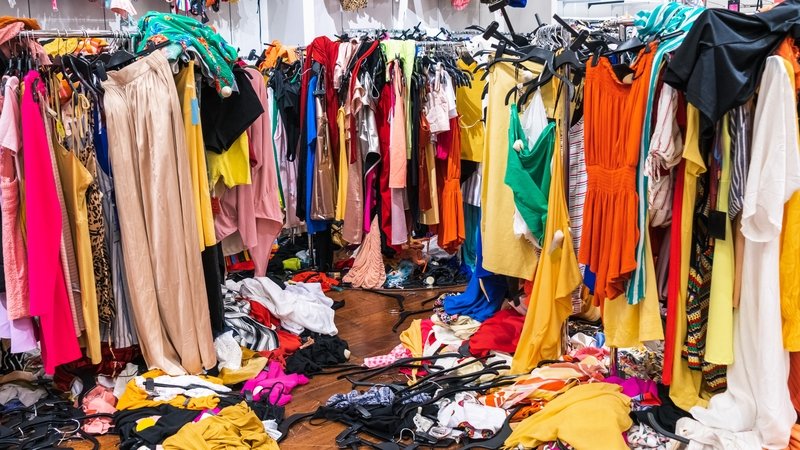 Analysis: the vast majority of textiles are made from blends of different fibres and use different chemicals so proper recycling is complex

In today's society, textiles are everywhere, from your clothes and curtains to your shoes and sandals, from household furniture and vehicle interiors to blankets, bags and much more. There is a staggering volume of textiles produced and consumed globally each year: over 100 million tonnes annually, almost the entirety of which will end up being landfilled or incinerated at the end of their lifetimes.

The story in Ireland

A recent report summarises the current state of textile consumption and disposal in Ireland. We are one of the biggest per capita consumers of textiles in Europe. At 53kg per person per year, we are well above the European average of 26kg per person and projected to rise higher still going forward. This adds up to over 300 thousand tonnes of textiles consumed in 2019 in Ireland alone.

Roughly two-thirds of textile waste generated here is simply disposed of, with the remaining third either being reused (the majority exported to the third world for resale) or down-cycled (remade into single-use and unrecyclable items). Ultimately, this "recycled" fraction will largely be disposed of in the same manner as the rest: by landfilling or incineration.

To date, textile recycling initiatives are in their infancy, nowhere close to the mammoth operations running for the likes of electrical equipment or vehicles despite the fact that textiles are estimated to make up 5% of all municipal solid waste generated globally. It's for this reason that there are major pushes in Ireland, and indeed across the EU, to increase and improve textiles reuse and recycling operations.

In 2019, a bill was proposed to prohibit textiles from regular Iirsh household waste. Just last year, an EPA report highlighted the urgent need to improve upon collection, reuse, and recycling initiatives in Ireland. By 2025, it will be required for textiles across the EU to be a completely separate recycling stream like we currently have for plastics, cardboard, and glass .

So what’s the problem?

But it’s not quite that black and white. Take a look at the textiles around your house such as your clothes, linens, curtains and carpets. The vast majority of textiles are made from blends of different fibres, primarily synthetic fibres, and virtually all are treated with some form of chemical additive, such as dyes, stain repellents, flame retardants or plasticizers. Each additive serves a specific purpose, but each also makes properly recycling that item much more difficult.

From RTÉ Archives, Lorna Donlon reports for RTÉ News on the Irish clothing and textiles industries in 1990

There are three main recycling methods for synthetic textiles: mechanical, chemical, and biological, each with their benefits and drawbacks. Mechanical recycling involves cutting and grinding into smaller fabrics or new fibres. It’s relatively quick and cheap, but results in a lower quality material (usually down-cycled) and isn’t sustainable.

Chemical and biological recycling involves treatment to break-down the fibres to base monomers to be recast as brand new fibres. While more sustainable, this technology is generally expensive, requires the use of a lot of chemicals, can’t yet be used for blended textiles, and is also hindered by the chemical additives which the textiles contain.

In Ireland’s case, all of the textiles which could be meaningfully recycled are exported for treatment where it’s difficult for us to ascertain whether they’re sustainably recycled or not. But the best available data suggests that less than 1% of textiles are currently recycled in any meaningful way across the EU - and the EU is seemingly the global leaders on sustainable textile recycling!

How can we fix this?

By exporting this "waste", we are in fact exporting a valuable and finite resource, as well as the chance to build a vibrant and competitive industry here at home. We could create jobs in Ireland and lead the way on research, development, and implementation of sustainable practices.

But this is only one aspect of the problem. The much bigger issue are the rapid fashion cycles creating a climate for cheap clothing to be bought, worn once and replaced immediately thereafter. You may say "I'll sell it on or give it to a charity shop" or "the clothes I can’t sell on will be recycled into new clothes". It’s absolutely the right sentiment but, right now, this is just a dream. An unsustainable dream. An unsustainable dream that does real and lasting harm to the world around us.

Synthetic textiles come from a finite resource that will run out. Natural textiles take huge amounts of resources to create and won’t be nearly as cheap, versatile or ubiquitous as what we have now. The technology and capacity for actually recycling this huge volume of textile waste simply isn’t there.

We need to end these fast-fashion cycles and create a proper system for end of life textiles. We have to invest in technologies that can actually recover and recycle the materials. Otherwise, it may literally cost us the clothes from our backs.

The problem with recycling clothes and textiles (rte.ie) 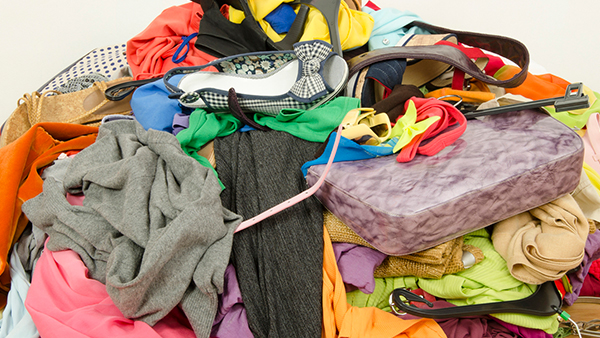