A new study found that converting agricultural land to forest would boost summer rains by 7.6% on average.

The authors believe that extra rain could partially offset the rise in dry conditions expected with climate change.

The findings about increasing rainfall are partly based on observations of existing patterns.

But the underlying reasons are less clear - they are probably related to the way the forests interact with cloudy air. Planting trees has become a major plank of many countries' efforts to tackle climate change all over the world.

Prime Minister Boris Johnson says the UK is aiming to plant some 30 million new trees every year by 2025. A number of studies have looked at the range of impacts, both positive and negative, that the boom in planting is likely to bring. 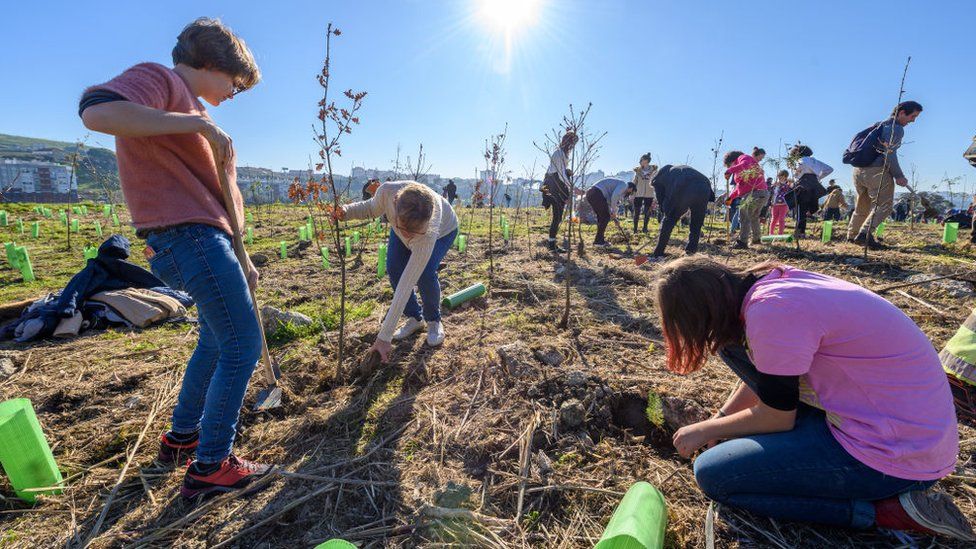 This new paper considers the impact of converting agricultural land across Europe to sustainable forests.

The authors use an observation-based statistical model to estimate how changes to forest cover would impact rainfall across the continent.

The researchers found that if there was a 20% increase in forest, uniformly across Europe, then this would boost local rainfall, especially in winter and with greater impacts felt in coastal regions.

But as well as local rain, the planting of new forests causes impacts downwind.

The scientists found that rainfall in these locations was increased particularly in the summer months. Taking the two impacts together, in what the team describe as a realistic reforestation scenario, they found that precipitation overall went up by 7.6% in the summer. 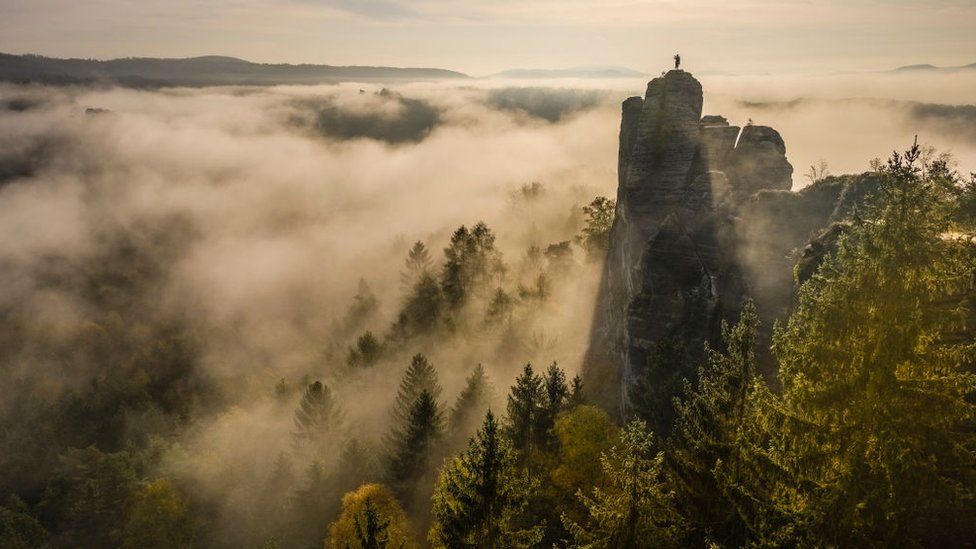 Tree planting in Portugal: for many governments trees are an important weapon against climate change

That's quite a significant finding, according to lead author Ronny Meier from ETH Zurich. It also has implications for climate change.

"Probably the most threatening climate change signal that we expect in relation to percipitation, is this decrease in summer precipitation that is expected in the southern parts of Europe like the Mediterranean," he told BBC News.

But the authors also point out that the increased rainfall could have potentially negative impacts by boosting rainfall patterns that have already been affected by climate change, particularly in the Atlantic region.

The authors say that the reasons behind these local and distant impacts on rainfall are uncertain - they point out that the cloudy air that produces rain tends to stay longer over forested areas. And the rougher nature of these forests may trigger the rain.

"A forest is a much rougher surface than agricultural land," said Ronny Meier. 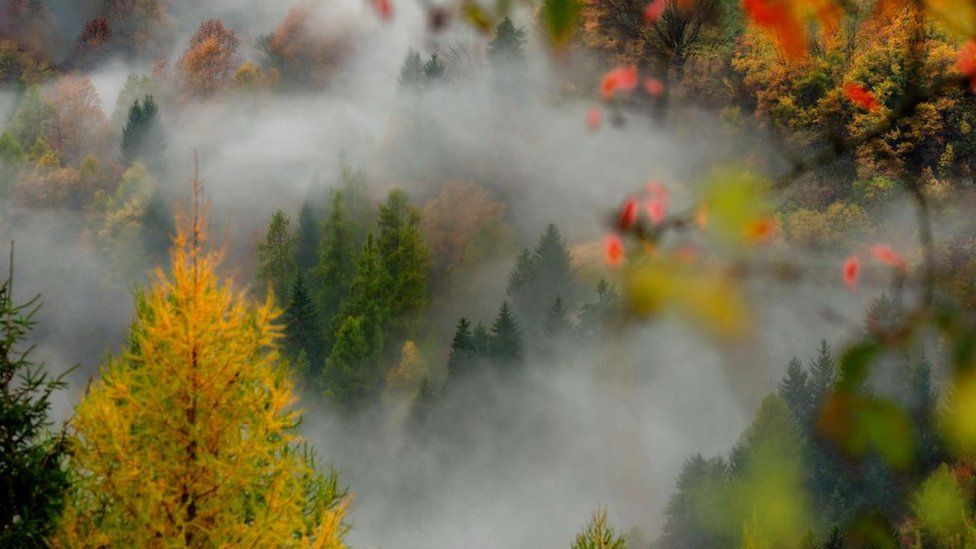 "So, it induces more turbulence at the land-atmosphere interface, and also, the forest exerts more drag on to the atmosphere than agricultural land."

"We think that this drag, this higher turbulence over the forests is probably the main reasons for the fact that we find more precipitation in regions with more forests."

The new forests tend to evaporate more moisture to the atmosphere than agricultural land and this extra supply is the main reason behind increased rainfall downwind.

For the authors, the fact that trees planted in one country may have implications in another means that the world should really consider all the impacts of how we use land.

It also shows once again, that the idea of solving climate change with trees is not as simple as it is often portrayed.

"Planting trees is certainly not a quick fix for climate change," said Prof Wim Thiery, from the Free University of Brussels, Belgium, who was not involved in the new study.

"Adding new trees or restoring lost forests can never compensate for the greenhouse gas emissions arising from the burning of fossil fuels. We need to stop generating those emissions in the first place."

"But cutting back on our emissions won't be enough: we will also need to actively remove carbon from the atmosphere should we wish to stay below 1.5C of warming. From that perspective, tree planting emerges as a potential candidate for generating these negative emissions, but planting trees should never be an excuse for not acting on reducing our carbon emissions by all means possible."

The research has been published in the journal Nature Geoscience.