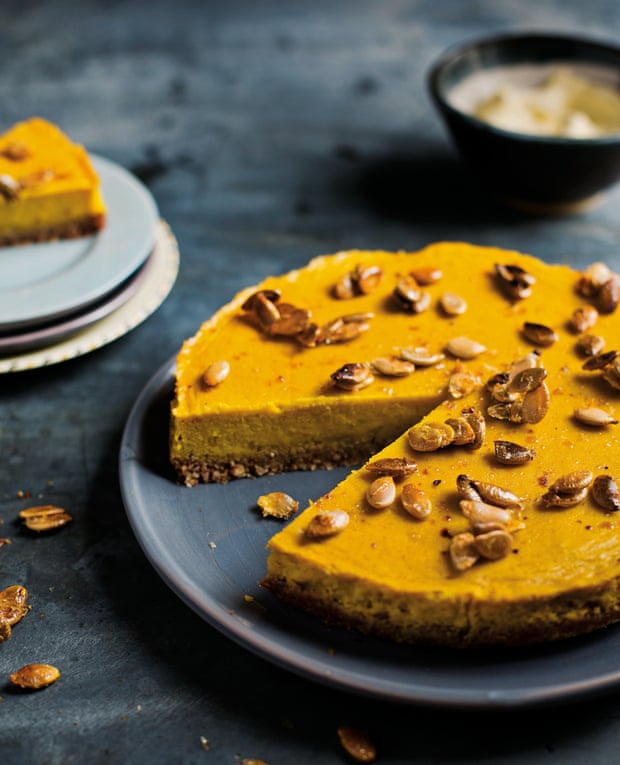 Don’t be one of the 15m pumpkin wasters this year: make this delicious gluten-free pie with a nutty base

Nature determines that vegetables rot, dairy moulds and meat decays, but household food waste is, in fact, reducing: in 2018, the UK produced around 9.5m tonnes, a 15% reduction since 2007. The same positive trend can be seen at Halloween when, according to the charity Hubbub, more and more people are viewing their carved pumpkins as food as well as decorations – in 2015, only 31% were eaten, whereas last year that figure was 59%. That said, we’re still set to waste a terrifying 15m pumpkins this Halloween, or enough to make soup for the whole population. So save the seeds to roast or caramelise and make soup with the flesh. Or turn your lantern into this rich pie.

This is a gluten-free version of a classic Halloween recipe. Its silky texture and warming aroma are to die for, and I can’t get enough of the nut base. (If you have any spare, roll it into energy balls to eat later – they keep for weeks.)

Save your pumpkin seeds to make caramelised pumpkin seeds: wash them in a colander under a cold tap, dry with a tea towel, then spread out on a sheet of greaseproof paper and bake (alongside the pumpkin) at 200C (180C fan)/390F/gas 6 for 15-20 minutes, until completely dried out. Drizzle with maple syrup, return to the oven and bake again until they begin to caramelise. When the syrup is thick and bubbling, remove from the oven and leave to cool before breaking into pieces. Serve sprinkled on top of the pumpkin pie.

Cut the pumpkin or squash into small wedges, put on a baking tray and drizzle with the maple syrup. Sprinkle with the sugar and a quarter teaspoon each of ground cinnamon, ground ginger and ground cardamom, then cover with foil and bake at 200C (180C fan)/390F/gas 6 for 45 minutes, until it is very soft. Remove and leave to cool.

Meanwhile, make the base by pulse-blending the walnuts or pecans with the oats, dates and two tablespoons of water until they form a dough. Turn out on to a counter and knead into a ball. Line a 23cm tart case with greaseproof paper and, using your fingers, firmly press the dough into the base.

Pour the roast pumpkin into a blender with its skin and juices, pulse-blend until smooth, then add the eggs and double cream, and blend again until well combined. Pour the pumpkin mixture into the tart case and bake at 180C (160C fan)/350F/gas 4 for 35 minutes, until set. Remove and leave to cool, then serve with vanilla ice-cream or whipped cream. 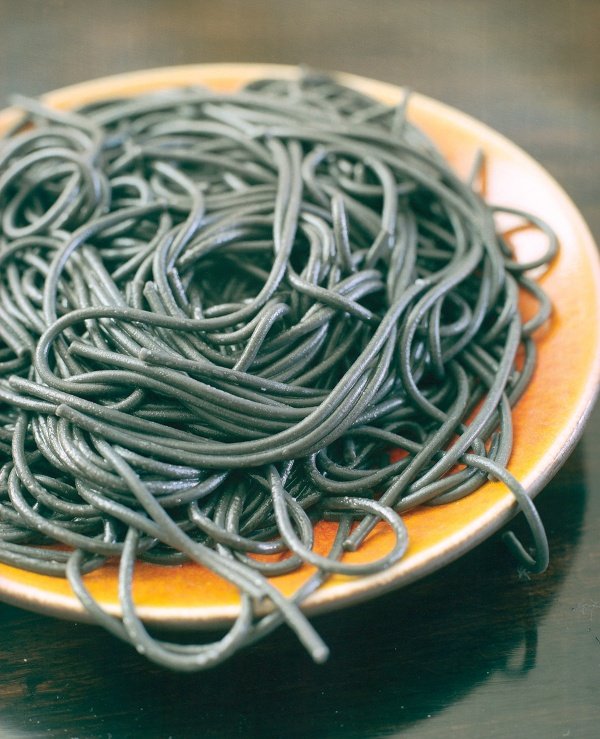 We love a bit of Nigella at anytime of the year…..check out her ghoulish Halloween treats