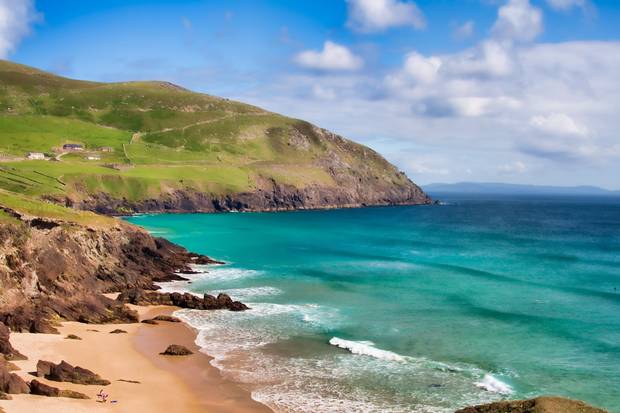 There's a growing awareness that we need to be kinder to the environment or we'll put our own survival at risk. Problems such as climate change and global warming can't be denied, and consequently more people are looking for ways by which to live a little greener. Research has indicated that David Attenborough's series Blue Planet II was a catalyst for creating widespread interest in the effects of plastic pollution on marine life, and reducing the use of single-use plastic has certainly become a hot topic. Our coffee consumption has also come under scrutiny, with a study by government-funded group My Waste finding that 22,000 coffee cups are thrown away every hour in Ireland - that's 200million each year.

This burgeoning awareness is being coupled with action and the establishment of campaigns like Conscious Cup Campaign, which encourages individuals to switch to reusable cups and persuade coffee shops to accept them and to offer rewards to those customers.

Consumers can clearly influence Big Business, as evidenced by a Shop and Drop event last April, organised by environmental groups VOICE and Friends of the Earth, where thousands of shoppers left packaging at checkouts. In response to concerns, retailers including Tesco, Aldi and Lidl have made commitments to reduce their products' packaging over the coming years.

Odhran Kelly, director of Nourish, the Dublin-based chain of health food stores which announced a national partnership with Dunnes Stores late last year, has noticed a definite increase in the amount of customers for whom excess packaging is a worry. "Having a full green bin every two weeks used to be the measure of an environmentally sound household, but now the challenge is to have as little in your green bin as possible," he says. Nourish stores have stopped selling plastic bottles of water and instead sell reusable bottles and Irish glass bottles that can be filled in store, and employ a packaging free-policy for fresh loose fruit and veg.

This month they are launching a 'Make soap great again' campaign to discourage the sale of plastic soap dispensers and Kelly says that the stores have seen an increase of 30pc in their Ecover cleaning product refill service since last year. He believes the areas in which people can effect change are decisions around transport. Opting to cycle over driving for example, makes a big difference. "Individually, I think reusable shopping bags, coffee cups, water bottles - and just keeping packaging in mind with each purchasing decision is the best thing people can do," he says.

While developing greener habits may require some commitment, it doesn't necessarily have to mean sharing bath water or splashing out on a hybrid car. Small changes can and do have a big impact.

There are several dictums to live by when you want your food consumption to be more eco-conscious. Eating seasonally and locally is one, whereby you cut down on your food's air miles and get the health benefits of eating fruit and veg at their peak. Having some meat-free days is another, as conventionally reared poultry, beef and pork have a high carbon footprint.

One area that many of us could look to is that of food waste, with an estimated one million tonnes of edible food, worth €700m, is binned every year in Ireland. Gráinne Kelliher, CEO of urban working farm Airfield Estate in Dundrum, has several environmentally positive steps she suggests that people can take in relation to their food choices - and one is to put a value on your food waste. "Have a piggy bank or little bowl and if you eat a steak, which cost €10 and throw away half of it, put a fiver into the bowl. Have a look at the bowl at the end of the month, and it will really bring it home to you."

Another of her pointers is to rethink what we might typically regard as waste in our kitchens: broccoli stalks and leaves are generally discarded but are nutritious and should be eaten, while carrot tops can make a delicious pesto.

Kelliher also advises growing your own salad leaves, an item that is often purchased and just as often not used. "It's not difficult to do and you don't need a lot of space," she says. "You can cut them, they grow back and you're not wasting anything."

Potatoes are the vegetable most frequently thrown out - shockingly, thinks Kelliher, given our history - and she suggests keeping them in the fridge to avoid sprouting.

Another simple change is to move to tap water instead of bottled. "There's a huge environmental impact of transporting water in bottles around the world and around the country. There's nothing wrong with tap water and it's free," she says. A good resource for those who want to up their tap water intake is the Refill Ireland website (refill.ie), where people can locate places in which they can fill their reusable bottle with tap water for free. For anyone who would like to learn more about preventing food waste, the Stop Food Waste programme (stopfoodwaste.ie) offers extensive advice on how Irish householders can make the most of their food with tips on planning, shopping and reuse, and where you can learn how to love leftovers.

As well as recycling there are other ways to be eco-conscious at home. The doldrums of January is a good time to do a massive clear-out of things you don't use and to let them find another happy home via donating them to a charity shop.

It's also an appropriate period in which to sit down and make a list of possible environmentally-friendly changes. This could mean looking at ways in which to save energy - perhaps consider washing laundry in cold water, which ultimately your clothes will thank you for. It might be going paperless with your utility bills; investing in cloth napkins instead of using paper serviettes and line-drying your clothes if the weather is favourable.

You could switch your current lightbulbs to compact fluorescent light (CFL) bulbs or LED lightbulbs, which are more energy efficient, and make or buy a home compost container - spring being the ideal time to start a compost bin.

The Zero Waste Ireland (zerowasteireland.com) resources section online has some useful links to sites where you could pick up some ideas. Live Green from the Environmental Protection Agency (epa.ie/livegreen) is a portal providing advice on sustainability at home.

Staycations are often touted as the environmentally friendly way to holiday, with airplane travel a recognised big offender in terms of carbon dioxide emissions. And with Ireland's breathtaking scenery, it's no hardship to take a break here. But whether you're on a getaway or just a day out, it's important to be as cognisant of the natural environment's frailty as you are of its beauty.

Maura Lyons, manager of Leave No Trace Ireland (leavenotraceireland.org), the organisation that promotes responsible outdoor recreation, says that the amount of people using the outdoors has increased substantially. Leave No Trace has seven principles that it asks anyone enjoying the Irish outdoors to adhere to and these are: Plan and prepare; be considerate of others; respect farm animals and wild life; travel and camp by durable ground; leave what you find; dispose of waste properly and minimise the effects of fire.

"It's thinking about how you might get to where you're going: you might walk, bike or take public transport where possible," Lyons explains. "It's all these little conscious things like purchasing local goods and foods, and turning off the tap after you take your outdoor shower when you go to the beach."

The organisation also offers an opportunity for people to give something back and facilitates clean-up groups for the coastal environment, woodlands, uplands and rivers. Here, you'll be taught how to undertake a clean-up, how to do it responsibly and get set up with the necessary equipment.

Leave No Trace also works with Clean Coasts (cleancoasts.org), which has 600 clean-up groups around Ireland and Tidy Towns (tidytowns.ie), both of which welcome volunteers. "People don't understand a lot of time that they're creating an impact. When we educate them about doing the right thing, it's incredible because that behaviour has been proven to change," says Lyons.

The circular economy is the latest buzzword in relation to sustainability and it means a move away from a linear economy, with its 'take-make-dispose' ethos. In a circular economy, the goal is to create products that can be repaired, recycled and reused. It is being championed by the EU, which launched its circular economy package in 2018.

Claire Downey is the executive of Community Reuse Network Ireland, (CRNI) the all-Ireland representative body for community-based reuse, recycling and waste prevention organisations. She states that less than 5pc of what we throw away is reused.

"Reuse is not in people's minds when they go to get new things. It's definitely not in the psyche when it comes to things like fast fashion, and a lot of young people - although they do want to save the world as far as we understand - don't necessarily connect when they go out to buy an outfit for one night and throw it away, that this has serious impacts and that there are other alternatives," she says.

Each October the Regional Waste Management Offices runs a Reuse Month campaign to show people how and what they can repurpose around their house and in the workplace, and to try and inspire them to do more. Suggestions include borrowing rarely used items, whether that's cookbooks or gardening implements from a neighbour; finding things for free on websites such as FreeTrade Ireland or adverts.ie and upcycling.

A new directory called Repair My Stuff meanwhile shows where people can get anything fixed near them, from clothes to musical instruments, computers and large appliances.

Downey says that reusing can require some effort. "If you have it in mind that you really want a red jacket with gold buttons and a particular shape, it's hard to find that second hand. It means we have to think a bit differently about what we want, and appreciate that charity shops have really unique things and they can be exciting in their own way.

"Obviously it saves a huge amount of money if you do shop in charity shops or exchange things and you can get so many things for free. It's unbelievable what's up on Free Trade and other exchanges, especially children's clothes."

While charity shops are in most communities around the country, Downey says that Ireland does not have a very good repair structure in place for items like electrical and white goods. "We need to try and grow that, so we need to see people push for it, as they have done for plastic packaging." 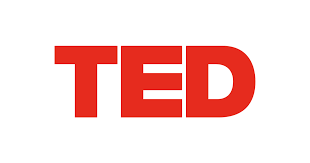 Profit not always the point