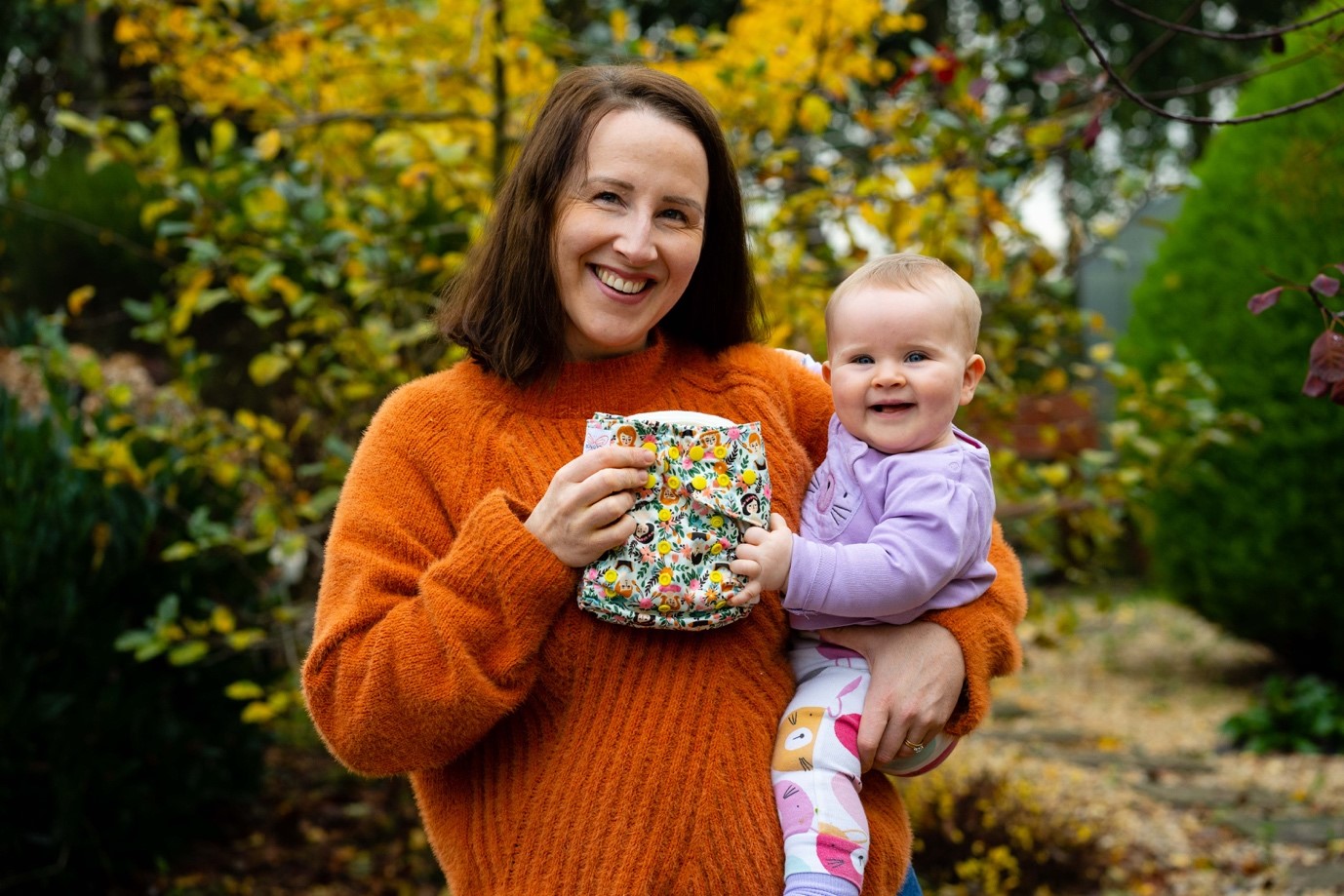 Work at home mum Kate Doyle opened The Nappy Market in December 2022 to give Irish parents a choice when it comes to buying nappies.

Cloth nappies have moved on considerably from nappy pins and soaking terry towels of the past. The modern cloth nappies available today are easy to use, easy to clean and are an economical choice for families offering a saving over disposables.

They close with velcro or snaps and can be washed in a regular washing machine just like clothes. They are as easy to use as disposables. The same nappy will fit a child from birth through to potty training, and can then be reused on a 2nd or 3rd child – significantly cutting down on the waste generated and savings families €1000’s.

One child will easily need 5,000 disposable nappies between birth and potty training costing anywhere between €1,000 - €1,500. In comparison a set of cloth nappies would be cost anywhere between €350 - €550 and can be reused on subsequent children.

The Nappy Market was developed from first-hand experience – Kate has been using reusable cloth nappies with her own daughter since she was born in April.

As soon as I found out I was pregnant, I did what every expectant parent does – I googled and researched every aspect of what I needed to buy. The best pram, the safest car seat.  I did all the antenatal classes, breastfeeding classes – and not once during all that research did I find anything suggesting I might try cloth nappies with my baby rather than disposable. I saw some for sale 2nd hand on Facebook under the baby category and that’s how I started”

I couldn’t believe how easy cloth nappies were to use, and I just didn’t understand how this wasn’t more widely publicised or available. So I decided someone has to make a start and give parents an easier way to buy nappies along with lots of content and support to using them – that’s why I set up The Nappy Market. The only way to tackle the growing mountain of waste is to offer people an alternative and to lead by example. It took me 3 months to build the website, I did most of it from my phone with one hand while breastfeeding!”

Real nappies are not that common in Ireland, there are a lot of UK retailers but since Brexit sourcing nappies from the UK has become an unfeasible option.

The climate crisis requires each person to make more environmental decisions to safeguard the environment for the next generation – something which is becoming an increasing concern for parents looking to the future. Cutting down on single use plastic is one area which has a significant impact.

The government has taken steps to tackle single use plastic, most recently with the introduction of the “latte levy”. 200 million disposable cups go into waste every year, however that figure is dwarfed by disposable nappies at 365 million a year. It’s a much bigger issue and is not being adequately addressed by the current government supports.

The recent introduction of baby boxes for new Irish parents, which will include some reusable nappies, is a step in the right direction. Several local councils piloted real nappy vouchers in 2021, an incentive which is already commonplace throughout the UK, Europe and Australia. In the UK there’s approximately 50 local councils offering vouchers to help families buy cloth nappies

The “latte” levy will generate a significant income, which the Government could  in turn use to help families invest in real nappies, it would be cheaper than dealing with the waste in landfill.

50,000 babies are born in Ireland every year and they will need nappies for the first two and half years of their life – sometimes longer. There’s approximately 150,000 babies using 6-8 nappies in Ireland a day, when you start wot work out the maths, the figures are staggering.

If you are due a baby in 2023, consider putting modern cloth nappies on your baby budget and visit The Nappy Market.

About The Nappy Market

The Nappy Market stocks a huge range of reusable nappies, wipes and accessories from over 50 brands offering an option for every budget. Supporting videos and guidance available daily on The Nappy Markets Instagram page. Gift vouchers are also available for those who want to give a green present.

Link to The Nappy Market IG 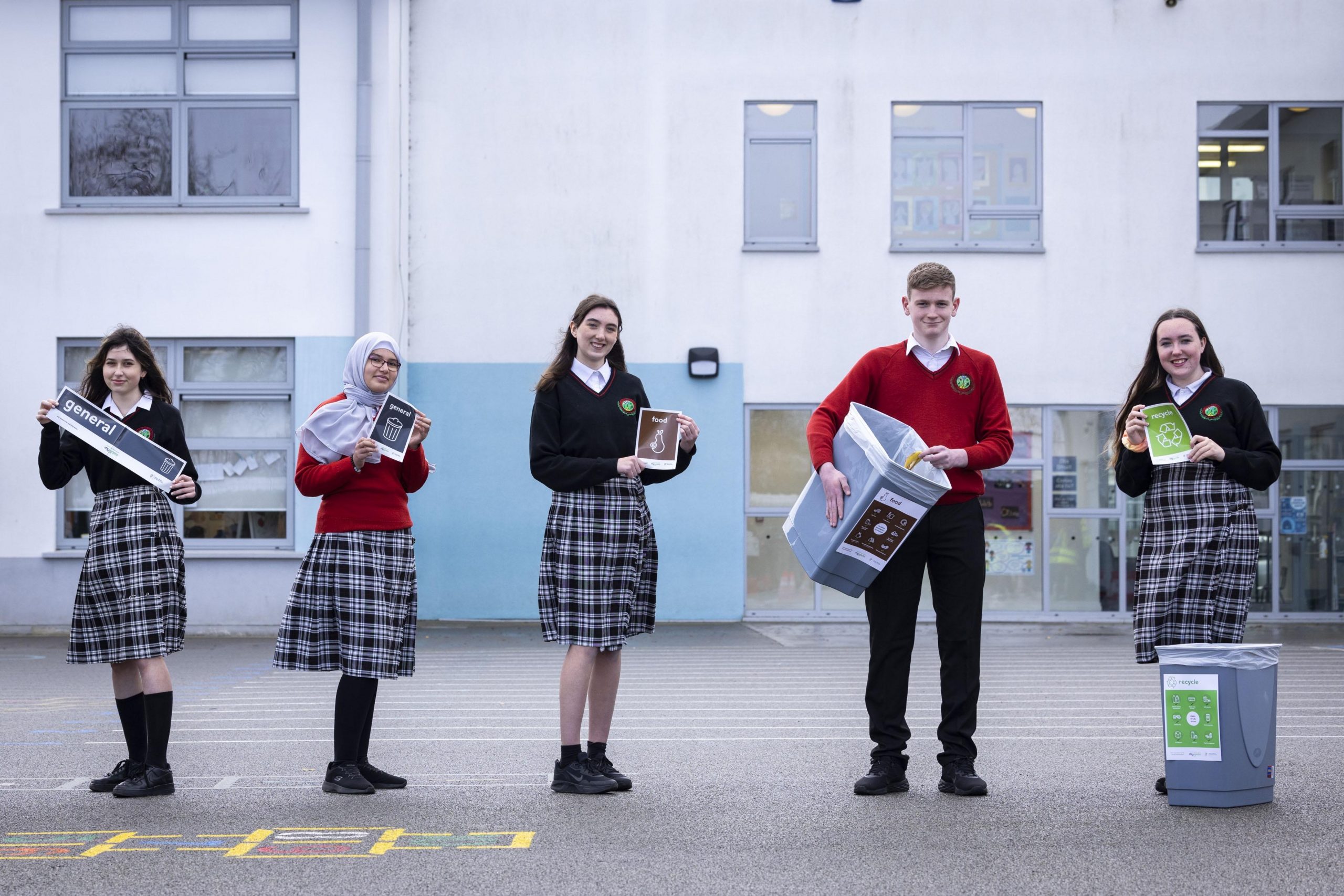