home news What if preserving ecosystems could prevent future pandemics?
back

What if preserving ecosystems could prevent future pandemics? 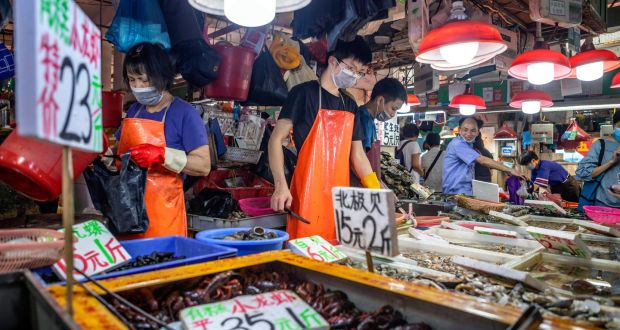 Healthy ecosystems – as ecologists and economists have been telling us for decades – provide humanity with essential “services’”, like breathable air, fertile soil, drinkable water and nutrient cycling.

So when we degrade ecosystems by, for example, extracting more resources than the system can regenerate, we damage our own interests.

Of course, the natural world is also the source of what we might call ecosystem disservices: catastrophic floods, wildfires, earthquakes, volcanic eruptions, hurricanes – and plagues – have been with us throughout history.

The Covid-19 pandemic has provoked radical global and national policy shifts, on a scale whose only precedents are the 20th century’s world wars

The difference today is that the frequency and intensity of many such extreme events is increasing. Copious peer-reviewed reports tell us that it is our own activities that are making our home planet increasingly inhospitable to us.

There is an inherent paradox here: in converting vast landscapes from nature to culture, we are cutting off the branch on which our civilisation sits. This is a familiar message from climate and biodiversity science. But, despite its urgency, public policy responses have been utterly inadequate to the interlinked and accelerating crises that are already upon us.

Now, the threat from the Covid-19 pandemic has provoked radical global and national policy shifts, on a scale whose only precedents are the 20th century’s world wars. True, the menace from this virus is more immediate, or at least more apparent, than the climate and biodiversity emergency.

But what if we learn that the increased frequency of catastrophic zoonotic pandemics (those caused by a disease leaping the species barrier from another animal to humans, or vice versa) is also a consequence of environmental degradation? Then, perhaps, we might finally undertake equally radical policy responses to the climate and biodiversity crises.

What is the evidence for linking increased frequency of pandemics to environmental degradation?

Studies over more than a decade have shown that the increase in our conversion of natural ecosystems to intensive agriculture and urbanisation, coupled with rapidly expanding population, and accelerated global travel, have created the perfect trifecta of conditions for emerging infectious diseases (EIDs) to spill over from wild animals to humans. This happens either directly, or via infected domesticated animals. We then spread them rapidly around the globe.

A paper in Nature published by Kate Jones in 2008 found EIDs had “risen significantly” over previous decades, and 60 per cent of them were zoonotic, with 70 per cent of these originating in wild species.

“Our results confirm,” she wrote, “that EID origins are significantly correlated with socio-economic, environmental and ecological factors.” And she added a new argument for nature conservation that would gain weight in future studies: “Efforts to conserve areas rich in wildlife diversity by reducing anthropogenic activity may have added value in reducing the likelihood of future zoonotic disease emergence.”

Another Nature paper by Felicia Kessing, only two years later, made a similar point: “Current evidence indicates that preserving intact ecosystems and their endemic biodiversity should generally reduce the prevalence of infectious diseases.”

A pattern emerges from these studies. Human penetration into, and degradation of, remote ecosystems brings us into contact with species we rarely encountered in the past. Moreover, the destruction of their habitats stresses these species, making it more likely they will become ill, and shed their viruses through defecation.

Meanwhile, the extreme poverty of many people moving into degraded ecosystems often leads them to inadvertently speed up the transmission process by eating unfamiliar species – or attempt to make a living by selling them in urban markets. Closing such markets is an important, but often insufficient step to take, and would require significant cultural shifts and cheap alternative food sources for the poor.

Moreover, some wild animals, displaced from their natural habitats, move to cities where they establish ballooning but often sickly populations. This brings them into intimate contact with vast numbers of humans and domestic animals. This is particularly true of bat species, some of which can be particularly prone to carry viruses that can infect us.

In 2015, Raina Plowright led a detailed study of the transmission of the potentially lethal Hendra virus from one group of bats – flying foxes – to horses (and very occasionally to humans) in Australia. Writing in the Royal Society B journal, she set out a clear “hierarchy of enabling conditions” for the emergence of a zoonotic disease from bats (or other species): “Bats must be present. Bats must be infected and in most cases shedding pathogen. Virus must survive outside of its reservoir host (if transmitted indirectly), with access to the recipient host. Recipient hosts must be exposed to the source of the virus in sufficient quantity for an infection to establish. Recipient hosts must be susceptible to the virus….Often the recipient is an intermediate host species frequently in contact with humans; the recipient then may infect humans.” 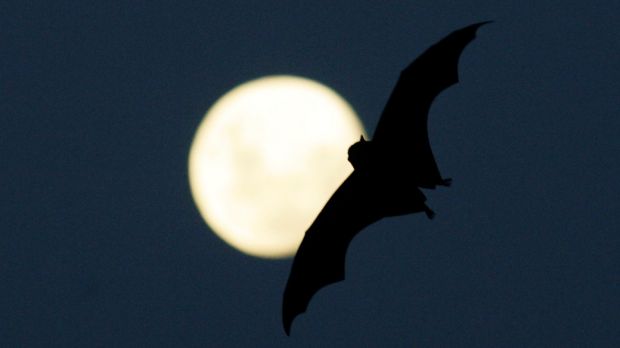 Removal of any one of these enabling conditions should prevent spill-over of the virus to humans, but this is not straightforward. Plowright writes that culling or dispersing bat populations had little or no effect in reducing viral transmission. Indeed, by stressing the bats further, it might even increase it. She too argues that intact ecosystems may be part of the answer: “Conservation and restoration of critical bat feeding habitat should reduce the risk of nutritional stress and reduce urban colonisation by bats.”

She concludes: “Tracking the dynamics of emerging diseases from the cell to the landscape will be necessary to assess the weight of evidence for potential causes and to elucidate how human activities affect one or more of the enabling conditions.”

This study, looking at zoonotic transmission from primates in Africa, also finds that the problem is worst not, as you might expect, where ape populations are densest (in healthy habitats), but in the most degraded areas, where stressed apes and humans often overlap.

One of Bloomfield’s co-authors, Eric Lambin, told The New York Times that this kind of problem was not limited to the developing world, but was just as true of the spread of Lyme disease in the expanding interface between American suburbia and semi-natural landscapes.

“We see the animals as infecting us, but the picture that’s coming from the study and other studies is [that] we really go to the animals,” said Lambin. “We intrude on their habitats.”

Meanwhile, Christine Johnson, in a blog on her article published weeks ago in Royal Society B , wrote that: “The emergence of the novel coronavirus causing this epidemic is an unfortunate convergence of many ecological and epidemiological drivers of disease spill-over.

“However, these circumstances are not unique to this event. These drivers are occurring all over the world as wildlife shift their distributions to accommodate anthropogenic activities and environmental change. . . when we interact with animals, we are playing a dangerous probability game.”

An Irish specialist in this field, Peter Stuart of the Department of Biological and Pharmaceutical Sciences at IT Tralee, is starting a BiodivERsA-funded project exploring links between biodiversity and disease with Celia Holland in Trinity College Dublin; Annetta Zintl in University College Dublin and colleagues throughout Europe.

Stuart says he is convinced the research quoted above is well founded.

“It is the human creation of escalating opportunities for spill-over that is leading to increased emerging infectious diseases. We now live in world dominated by humans and their livestock.

“There is a saying in disease ecology, ‘A successful system attracts parasites’, and with the biomass of humans and their domestic animals exceeding 2,000 billion kg, we present as an ideal host opportunity for pathogens.

“This, along with increased expansion into wilderness areas, travel and translocation of animals is causing increased EIDS, leading to increased risk of pandemics.”

On a more positive note, Stuart continues, “I am a strong believer that the One Health approach offers solutions to these problems. One Health recognises that the health of people, wild and domestic animals and our shared environment are closely linked. “

Clearly, an integrated approach, involving not only human and veterinary medicine and ecology, but also radical new thinking from economists and politicians, plus the kind of massive social buy-in we have seen in the coronavirus crisis, is going to be required if we are to cope with all the other environment-related crises coming down the tracks.