Five trees in running to be deemed Ireland’s best 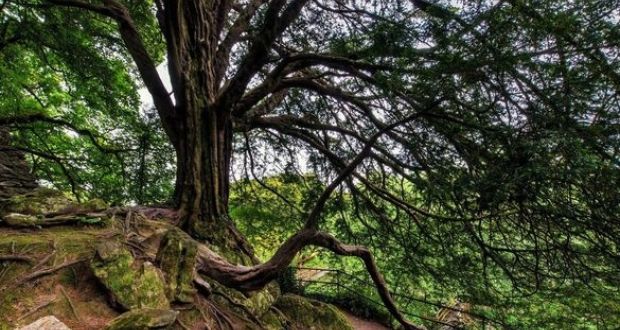 Five trees are in the running to be deemed Ireland’s best as part of a Europe-wide competition.

The Tree Council of Ireland which is an education and advocacy group has selected five finalists in four counties, Dublin, Meath, Kildare and Cork.

Online voting begins this week and the public will be asked to chose between five of Ireland’s most famous and beautiful trees.

The winner will go on to be judged in the 2020 European tree of the year competition.

Ireland’s five finalists are: the mighty Oak at the Battle of the Boyne site in Oldbridge, Co Meath; the Arbour Hill Sycamore in Dublin city behind Collins Barracks; the Sycamore on the Farmleigh Estate within the Phoenix Park; a sweet chestnut tree at Castletown Estate in Celbridge, Co Kildare; and the Witches Yew at Blarney Castle in Co Cork.

The contest was started in the Czech Republic in 2011 and its purpose is to highlight trees that contribute to national and cultural heritage. Ireland has not had an entry since 2017 when Just Forests, the charity that previously managed the event here, was wound down.

A 135-year-old Hungarian almond tree was named 2019 winner in Brusselsearlier this year. An Irish tree has never been selected as winner.

Joe McConville, president of the tree council, said the contest highlighted Ireland’s “champion and veteran trees” as some of the finalists are up to 600 years old. He said planting more trees was an important part of climate-change mitigation, but it was equally vital to recognise trees with which people had a personal connection.

“You can get behind your local tree or you can rally for one you really believe in like you would a football team,” he said.

Mr McConville said he thought Ireland “had a really good chance of winning”. Also hopeful is head gardener at Blarney Castle Adam Whitbourn who said the Witches Yew tree had a mystical history to it. Legend has it that a witch, who first told mortals of the Blarney stone’s power, is imprisoned in the stone at the base of the tree.

“You can feel the centuries of history unfolding around you when you visit this tree,” said Mr Whitbourn. “That’s what this competition is all about. We are only temporary custodians of these trees and their lives last much longer than our own.”

Voting for the 2020 entry will be live on Friday at treeoftheyear.ie or via a link on the tree council’s website.

Ireland’s previous entries included a selection of pines and evergreen cypress trees in Co Kerry, known as Hugh O’Flaherty Trees. Another entry was the Generation Tree, a beech in Co Tipperary with the initials of 12 grandchildren from a single family.