home news Opinion: Is greenwashing our greatest threat to nature?
back

Opinion: Is greenwashing our greatest threat to nature? 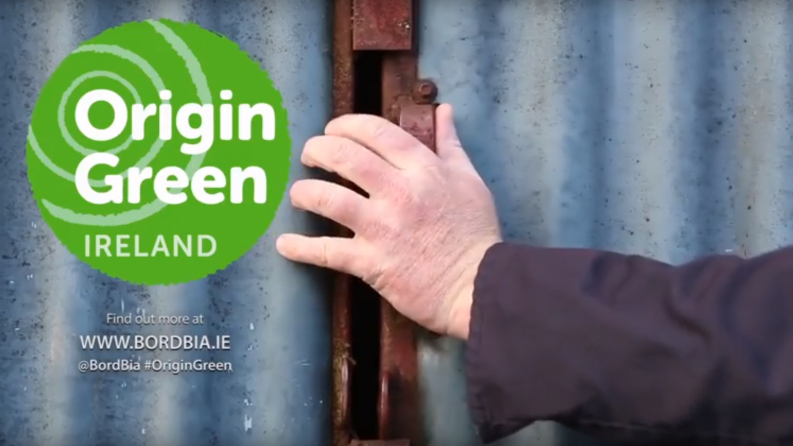 Earlier this year the ‘Farming Independent’, an off-shoot of the Irish Independent newspaper, declared that ‘Origin Green’, the marketing programme of state-body An Bord Bia, had failed to deliver for farmers.

Since its inception in 2013, Origin Green has been the focus of environmental ire for its spurious claims that Irish agriculture was harmonious with nature.

Teagasc is the state-funded agricultural advisory board and many of us found it strange that they would be warning of greenwashing after spending the past six years full square behind Ireland’s agricultural expansion plans and all the pollution and extinction that has come with it.

So is greenwashing backfiring? Judging by the recent ‘Bloom’ food and gardening festival in Dublin’s Phoenix Park one could only conclude that our state agencies believe there is life in the old dog yet.

The Office of Public Works surely took the prize for the greatest set of cojones – their tent at the festival featured a lush display of greenery with a backdrop proclaiming “Safeguarding Our Nation’s Biodiversity”.

Last December the Irish Wildlife Trust found that the OPW had unlawfully excavated the River Newport Special Area of Conservation in Limerick, without the required permissions, something which led to the destruction of salmon habitat and the likely spread of alien invasive species.

Their imposition of hard engineering solutions has transformed the West Cork towns of Bandon, Clonakilty and Skibbereen in recent years by turning local water courses into cement-lined gutters.

Lord help us if their job is now also to ‘safeguard our nation’s biodiversity’. I’d sooner let the Pied Piper babysit my children.

Meanwhile at the ‘Naturally Driven’ Bord na Móna podium their display of no less than 20 different compost products were all-bar-one peat-based.

Excavating our peatlands so we can grow mushrooms and petunias remains central to the Bord na Móna business plan despite the fact that keeping the peat in the ground and rewilding the bogs is the most braindead first move in tackling our climate and biodiversity crises.

But it doesn’t stop there. Bord Iasciagh Mhara, another state body which for decades has been subsidising the emptying of our oceans, is now claiming that “sustainability is central to BIM’s strategy and is the driving force for men and women in the seafood industry in Ireland”.

They’ve hopped on the marine plastic bandwagon, ignoring the fact that fishing and over-exploitation of marine life is the greatest threat to our oceans by far.

Last week, the Department of Agriculture released their regular forestry review, with lots of images of children planting trees or views of spectacular native woodlands – when we all know that the reality is ‘zombie forests’ of polluting conifer plantations. T

There can be no doubt but that the continued deployment of greenwashing remains a central plank of the government’s policy to hoodwink the public into believing that all is well in the countryside.

Following the Farming Independent’s headline, a debate ensued on Twitter over whether Origin Green should be scrapped altogether (as I believe should happen) or given more time to build on the work it has done.

At worst, its supporters claim, it has set farms on a ‘journey’ and we should build on its progress. This argument should be read for what it is – a call for business as usual. There has been no progress since Origin Green was launched – greenhouse gases and ammonia emissions are up, water pollution is up, biodiversity continues to be pushed over the edge.

Actually, it would be wrong to think that Origin Green was merely ineffective – it is much worse than that. It is, in fact, a greater threat than all these insidious pressures precisely because its marketing is so effective.

Last month the National Parks and Wildlife Service (NPWS) submitted Ireland’s 6th report to the UN’s Convention on Biological Diversity, an international accord dating back to the Earth Summit in Rio de Janeiro way back in 1992.

Unusually for an NPWS report its language was strong and stark: we are failing to stem the haemorrhaging of nature in Ireland and only a “transformational change” in our approach will reverse this.

Deep within its pages it reports on one of the Convention’s objectives: ‘to increase awareness and appreciation of biodiversity’. The NPWS reported that an overwhelming 89 per cent of Irish people believe that loss of species is “very serious” or “fairly serious”.

And yet a much lower 44 per cent of people believed this is something which affects their local area. Why the disconnect?

The NPWS put it down to “a degree of dissonance and acceptance of the healthy green image often adopted by farm produce marketing bodies in Ireland”.

Marketing works. In accepting the central message of Origin Green, conservation has been set back by at least a decade.

Yet clinging to the rails of the sinking ship still seems easier than manning the life rafts.

It is why greenwashing is so dangerous, and it is why it remains the message of choice for our government and its agencies.